Scott Forstall Describes The Early Days Of The iPhone’s Development 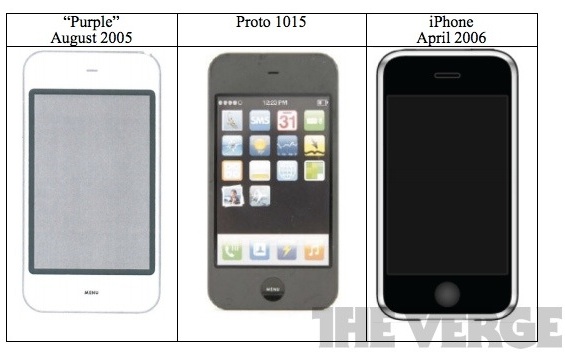 During day 5 of the Apple vs. Samsung trial, Scott Forstall took the stand. Currently as the Senior Vice President of iOS software, he described the early stages of the iPhone. He pointed out once again that the iPad was Apple’s original project, essentially being constructed before the iPhone. But when the Cupertino company employees all agreed they hated their phones, the iPhone came to life.

With the iPhone originating back to 2004, also came strict secrecy guidelines. Here are some tidbits from The Verge’s live-blog from the courtroom:

Forstall on how he recruited what was then the iPhone OS software team: “So this was a real challenge. Steve gave me a difficult constraint, and that constraint was — he didn’t want, for secrecy reasons, for anyone outside of Apple to work on the user interface… So I had to find people within Apple to work on that. But he told me I could move anyone within the company to that team.”

So upon being supplied these strict guidelines, Forstall began recruiting so-called “superstars” to the project. He told them, “I can’t even tell you what that project is. I can’t tell you who you will work for… What I can tell you is that if you accept this project you… will work nights, you will work weekends, probably for a number of years.”

Forstall reveals that Apple took over an entire building on the Cupertino campus to develop the iPhone, locking it down with security card readers. They would use colors for product code names — as we heard earlier, “Purple” was the name of the original iPhone — and the development building for the device was called the Purple Dorm.

All I can say is wow! After just the first week of trial we’ve seen multiple prototypes and obtained some very interesting information on Apple’s past. I can’t wait to see what’s unveiled next week out of this case. How about you?