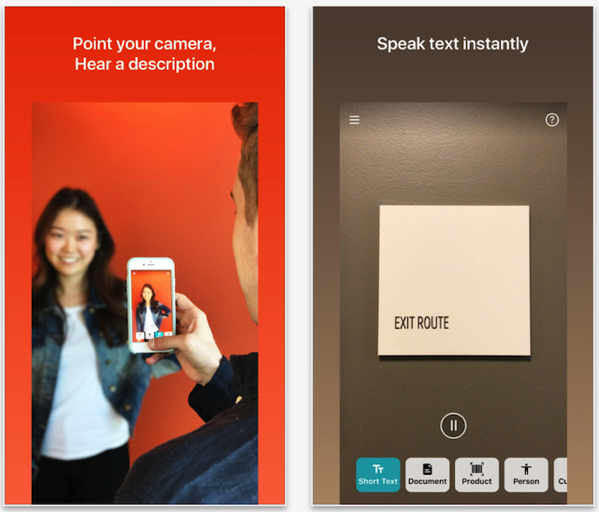 Designed for the blind and low vision community, ‘Seeing AI’ talking camera app has just been released in the App Store in select countries, including the U.S., Canada, India, Hong Kong, New Zealand and Singapore.

“Seeing AI is a free app that narrates the world around you”, says Microsoft, adding that it’s an ongoing research project that harnesses the power of AI to open up the visual world and describe nearby people, text, and objects.

“I really do think this app will be a game changer for many as it’s just simple to use,” said Jenine Stanley, who is legally blind and reviews apps and technology for Main Menu, the American Council of the Blind’s tech radio show.

Stanley said she was “blown away” by the speed and ease of use of the app. One of her favorite features is the Short Text channel, which reads signs, labels and other short snippets of text. “That feature alone is worth the app,” she said. “It’s also fast — almost instant.”

The app uses artificial intelligence and the camera on your iPhone to perform a number of useful functions: