You Can Now Send Any Type of File via WhatsApp

The latest update to WhatsApp for iOS has introduced the ability to send any type of file to your contacts, including full length MP3 music files (via TheNextWeb). The feature has been in testing for the past few weeks and also works on the web-based client. 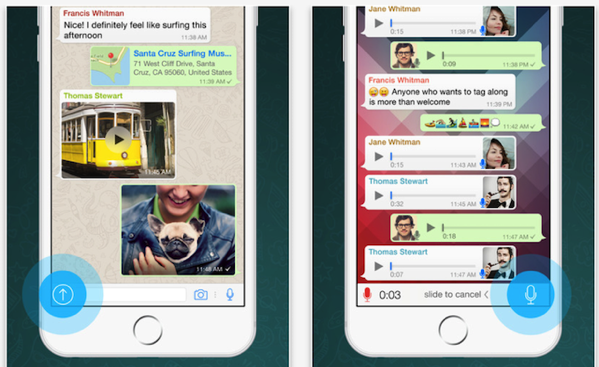 In addition to the ability to share any kind of file on iOS, the latest WhatsApp update also lets you select photos and videos straight from the camera screen with the help of a new carousel of images from your gallery.

Other new features in WhatsApp include the following:

The latest version is rolling out globally in the App Store as a free update.