Apple has invited media to a special event set for September 10, 2019, at the Steve Jobs Theater in Cupertino, at Apple Park.

The invitation consists of a 3D-looking Apple logo and the tagline “By innovation only.” 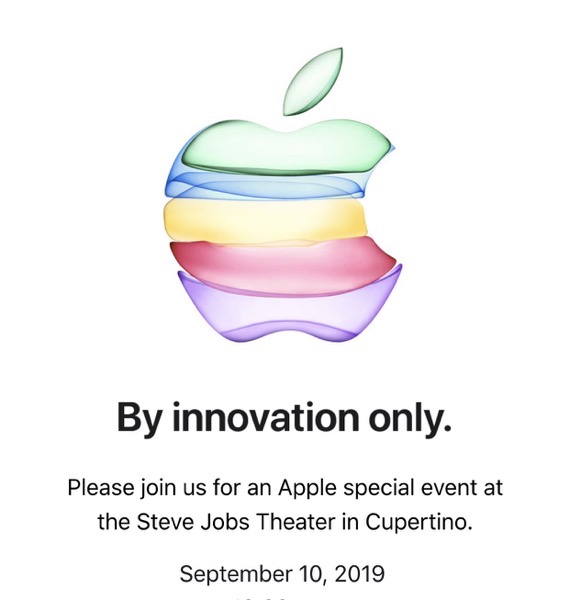 Apple is expected to announce a trio of new iPhones, with two “Pro” iPhone 11 models to get three cameras on the back, while a successor to the iPhone XR is said to include dual cameras on the rear.

We will most likely find out the final pricing for Apple TV+ and Apple Arcade, while iOS 13 beta showed signs of new titanium and ceramic Apple Watch models coming.

Apple is also rumoured to launch a new 16-inch MacBook and also refreshed iPad Pro models, but we may find out about those at later October event (like the one last year that unveiled new iPad Pro models).

Citing people familiar with the matter, a Bloomberg Law report is claiming that Hollywood super-agent Ari Emanuel has attempted to pave the way for a settlement between Elon Musk and Twitter in their $44 billion takeover deal. Sources said that Emanuel contacted Twitter board member Egon Durban and suggested the two sides find a solution...
Usman Qureshi
8 mins ago

Xplore, formerly known as Xplornet, has just announced the launch of its fibre broadband internet service in Quebec, with plans to be offered including download and upload speeds up to 1 Gbps and truly unlimited data. Xplore’s latest fibre-to-the-premise network expansion will connect approximately 6,000 homes and businesses in communities around Val-des-Sources, the MRC Papineau, and...
Usman Qureshi
22 mins ago

Apple Music Live offers concerts from featured artists for subscribers, with the latest from Billie Eilish, set to debut on Friday night. “Billie Eilish brings her world tour to Apple Music Live. She’ll be playing songs from her latest album, Happier Than Ever, in addition to other iconic hits,” said Apple in an email to […]
Gary Ng
23 mins ago