Speaking at the Computer Entertainment Developers Conference (CEDEC) yesterday in Yokohama, Japan, Shigeru Miyamoto, the legendary video-game designer behind Super Mario and Donkey Kong, called on his peers to deliver titles at fixed prices without over-charging players for a sustainable long-time business, Bloomberg is reporting. 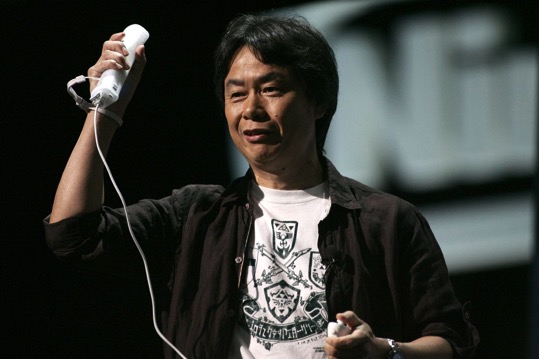 “We’re lucky to have such a giant market, so our thinking is, if we can deliver games at reasonable prices to as many people as possible, we will see big profits,” Miyamoto said while adding that Nintendo is exploring different ways of charging people for games. He also highlighted how the free-to-play model is driving record profits in the $140 billion gaming sector.

Miyamoto continued that the game developers should learn a lesson from the music industry, which is still struggling to recover since consumers started getting music for free through MP3 file sharing, as well as YouTube and streaming services.

“I can’t say that our fixed-cost model has really been a success,” the usually candid Miyamoto said. “But we’re going to continue pushing it forward until it becomes entrenched. That way everyone can develop games in a comfortable environment. By focusing on bringing games to the widest range of people possible, we can continue boosting our mobile game business.”

The designer also said that subscription-style services should play a bigger role in games, although the key is to develop a culture of paying for good software.