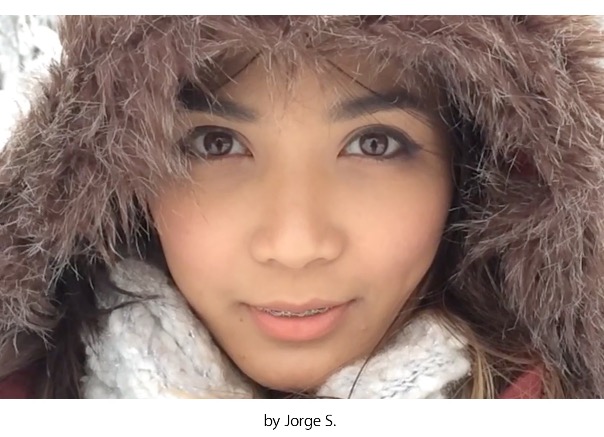 Apple has aired a new Shot on iPhone ad, this time showing a one minute slideshow titled “The Human Family”, named after the poem by the late American poet and civil rights activist, Maya Angelou. The condensed version of her poem read within the ad is below:

I note the obvious differences
in the human family.
Some of us are serious,
some thrive on comedy.

I’ve sailed upon the seven seas
and stopped in every land,
I’ve seen the wonders of the world
not yet one common man.

I know ten thousand women
called Jane and Mary Jane,
but I’ve not seen any two
who really were the same.

Mirror twins are different
although their features jibe,
and lovers think quite different thoughts
while lying side by side.

I note the obvious differences
between each sort and type,
but we are more alike, my friends,
than we are unalike.

We are more alike, my friends,
than we are unalike.

Check out the ad below in its entirety:

According to The Verge, Apple will debut this ad on television during the opening ceremonies of the 2016 Rio Games on Friday. You can stream live Olympics with the CBC Rio 2016 app.

American Express Canada and Metrolinx have just enabled tap-to-pay functionality on eligible PRESTO devices for GO Transit and Union Pearson (UP) Express in the Greater Toronto and Hamilton Area. Cardmembers can pay for their adult transit fare with a contactless-enabled American Express Card, mobile wallet, or payment-enabled smartwatch. To make for a seamless experience, Cardmembers...
Usman Qureshi
15 mins ago

WhatsApp is finally rolling out the ability for users to leave group chats silently without notifying all members of the group that they are no longer part of the conversation. When you leave a WhatsApp group silently, only the group admin will be notified that you have left the chat. Meet leave groups silently 👋...
Usman Qureshi
58 mins ago