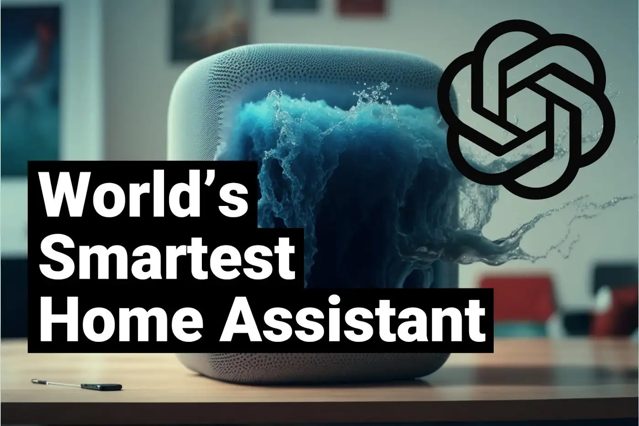 “I thought it would be great if I could replace Siri with GPT-3,” he writes, noting that his HomeKit smart home consists of dozens of lights, thermostats, cameras, and more.

Interestingly, this home assistant can not only control your HomeKit home, but also provide answers to a variety of questions about life, parenting, and more.

Building this assistant is made possible by using Shortcuts, a powerful automation tool on iOS, macOS or iPadOS.

I came up with a clever prompt that lets me instruct GPT-3 to return a JSON format with specific actions and commands.

Using if-else statements in Shortcuts, I could then handle the returns and trigger the necessary actions or simply answer the question.

What makes this home assistant the best is its ability to understand and analyze responses, which is fundamentally different from Siri or Alexa.

Watch the demo below on how you can build your own ChatGPT assistant as an iOS shortcut. More details can be found here.