A recent tweet by Casey Liss shared a screenshot of Siri’s reply to a simple question, “How many days has it been since December 18?”. And the answer was, “It’s three hundred forty-five days until then.” Even 7 long years after Apple debuted its virtual assistant, it can’t understand the difference between “since” and “until”.

As MacDailyNews puts it, “This sort of stuff is why Siri has the reputation it does”. We all like to think Siri is smarter than this but apparently, it isn’t. The truth is, it’s still as stupid as the day it was born.

“Any normal human being would understand immediately that a question asked in January about days since a day in December is talking about the December of the previous year. But Siri ignores (or doesn’t understand) the word “since” and calculates the days until the next December 18.”

LeanCrew’s Dr. Drang has been collecting similar Siri screenshots concerning dates and times, all of which show how badly Apple needs to recognize and fix this. Here are a few examples: 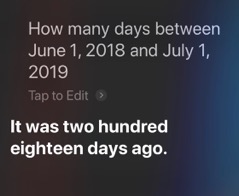 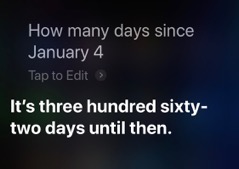 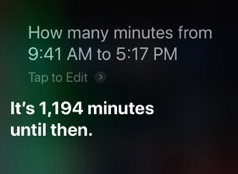 Interestingly, Siri answered the same kind of question correctly in the form of a Wolfram Alpha, six years ago. 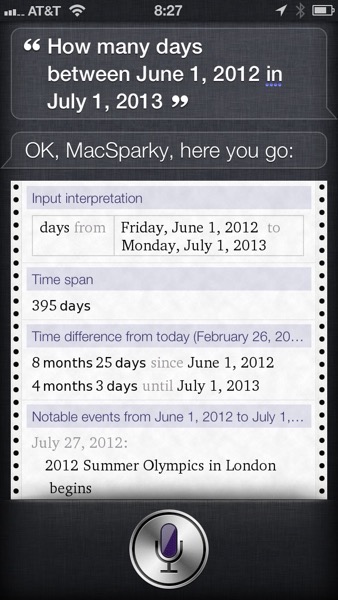 Let’s hope Apple’s hiring of John Giannandrea finally resolves whatever internal issues the company has had that have retarded Siri’s progress for years.