Siri May Get More of a Human Touch Soon, Reveals Patent

A new patent filing published by the U.S. Patent and Trademark Office today reveals that Apple is looking into the viability of crowd sourcing answers for certain questions that Siri fails to answer, essentially adding more of a human touch to its digital voice assistant. AppleInsider notes that the Cupertino company wants to broaden its virtual assistant’s answer database by using crowd-sourced information. 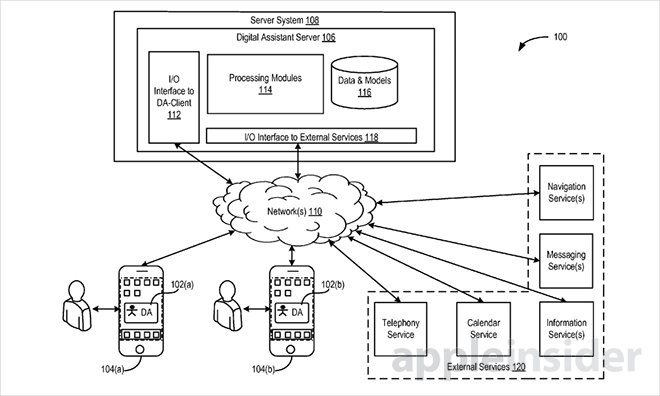 While Siri currently relies on sources like WolframAlpha, Yahoo! and Bing to answer user queries, these services are not always able to handle uncommon questions. Apple’s patent titled “Crowd sourcing information to fulfill user requests,” suggests how Siri can request, gather and store data from a number of crowd sourcing or “CS” information services. Apple explains that the external sources of information can include services that compile data from experts, general information sources found on the Web and various question-and-answer forums.

“As in existing Web-based CS databases, like Quora or Answers.com, individuals can identify themselves as experts and lend answers to queries posed by the CS module. Question handling may take place through a third party, or by the CS module itself. One embodiment even describes an “answer arena” where players win points or credits for providing correct answers to a user’s questions.

As the technology deals with rare or personalized queries, users may have to wait some time for the system to return an answer as it collects the appropriate data. In some cases, the length of time could be weeks. When a satisfactory response is found, the digital assistant can relay that information to the user at an appropriate time, such as in between meetings.”

Apple’s crowd sourcing patent application was first filed for in March 2013. Also, it remains unclear whether Apple will implement the invention as part of Siri or not.