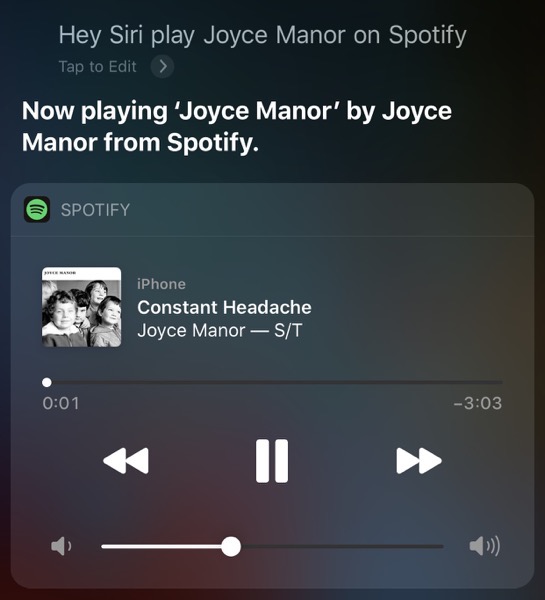 Back in August, it was reported Siri would possibly soon support Spotify and now that looks to have become a reality. Currently, Siri can only accept music requests for Apple Music, but that looks to have changed in the latest beta of Spotify’s iOS app.

Users on Reddit running the latest Spotify iOS beta are saying in iOS 13, support for SiriKit has arrived.

“I am running both iOS 13 beta…and Spotify beta. iOS 13 is required, as well as the latest version of Spotify from the iOS App Store for this to work,” explains user ‘dolphin9999’.

The added support means you can now say something like, “Hey Siri, play Joyce Manor on Spotify,” and the voice assistant will then play the song on Spotify.

This added support will bring some extra functionality to Apple’s HomePod, which is currently limited to Siri controlling Apple Music requests.

Spotify previously alleged Apple blocked its streaming music service for use with Siri, launching a bitter regulatory battle in Europe.

Not all Spotify beta testers are seeing this functionality, as the rollout of SiriKit support appears to be for a small group of users. Regardless, once Spotify releases an updated iOS app with SiriKit, expect some Apple Music users to switch back to Spotify.