As noted by TechCrunch, Apple has quietly rolled out a new app called ‘Siri Speech Study’ that allows participants who have opted in to share their voice requests and other feedback with Apple to help improve its Siri virtual assistant. 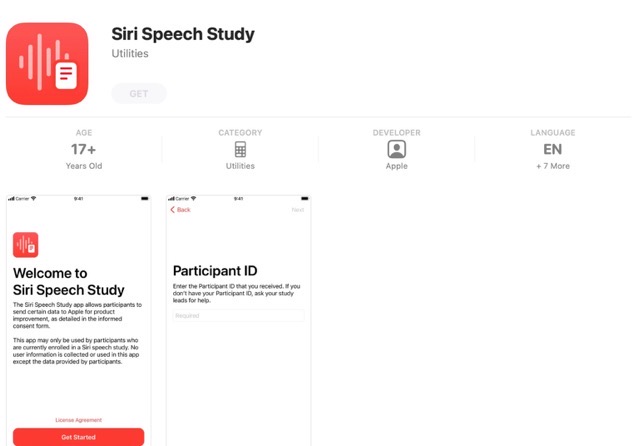 The ‘Siri Speech Study’ app first launched on August 9 and was updated to a new version on August 18, according to Sensor Tower. While the app is now available in a number of worldwide markets, it is not yet showing up in the App Store’s charts.

The app also does not appear when searching the App Store by keyword or when browsing through the list of Apple’s published apps.

Reached for comment, Apple told TechCrunch the app is only being used for Siri product improvements, by offering a way for participants to share feedback directly with Apple. The company also explained people have to be invited to the study — there isn’t a way for consumers to sign up to join.