According to a new regulatory filing, Samsung mobile chief J.K. Shin took home less than half in Q3 this year of what he did in the previous quarter, earning just $630,000 as compared to $1.5 million, providing a clear evidence of Korean tech giant’s declining smartphone sales, The Wall Street Journal reports. The big decline in Mr. Shin’s take-home pay also offers a glimpse into how quickly things have changed for a man who steered Samsung’s mobile division to the top. 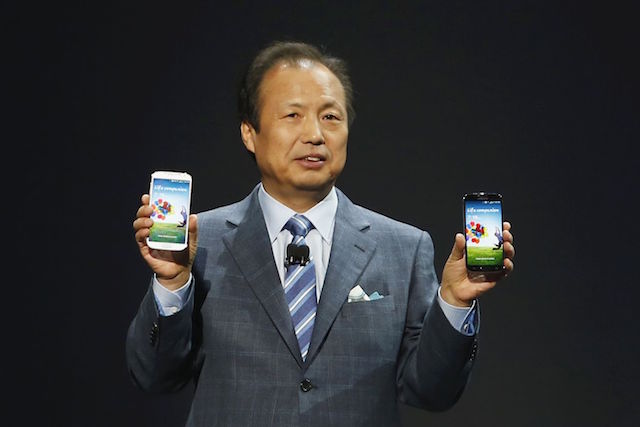 Samsung reported a 60% drop in net profit for the third quarter which ended on September 30 this year, while its stock price has gone down 14% so far this year. It is also reported that “the epicenter of the damage for the company lies in Shin’s mobile division”, which saw its operating profit margin drop to 7% in the third quarter from 20% in Q1 of this year. The company also lost market share around the world as low-cost competitors from China gave the company a run for its money with cheaper, larger smartphones.

“As a result, Shin’s wages, which includes his salary and performance bonus, has taken a significantly deeper cut than those of his co-CEOs, including Kwon Oh-hyun, who oversees Samsung’s components business, and B.K. Yoon, who runs the company’s consumer-electronics divisions, which sells home appliances and televisions.

Unfortunately, it’s difficult to make clean comparisons between the current compensation figures and those from Samsung’s bumper years, since the company only began disclosing its top executives’ salary figures in May, in accordance with a new South Korean law mandating disclosure of key executives’ compensation at the country’s biggest corporations.”

Nonetheless, Mr. Shin remains one of the best-paid executives in the technology world, on par with Apple CEO Tim Cook who took home $4.25 million in salary and bonus in the last fiscal year.

United States Senator Michael Bennet wrote a letter to executives of both Apple and Google, calling for the tech giants to remove TikTok from their respective app stores. Bennet believes that the Chinese-owned video creation platform poses security threats, furthering the same narrative that's been brewing for a number of years. Apple's Tim Cook and Google's...
Steve Vegvari
14 mins ago