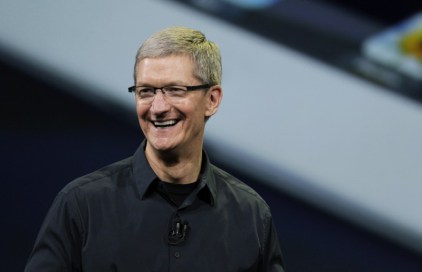 Bloomberg reports Apple CEO Tim Cook made $4.25 million in 2013 for leading his company. Cook’s compensation sees a 1.9 percent increase over 2012, even though the company’s stock gains lagged the Standard and Poor’s 500 Index.

Cook’s pay includes a base salary of $1.4 million, more than $53,000 in benefits, and a $2.8 million bonus, which is the maximum bonus that Apple is allowed to give him.

Apple noted the figure in its preliminary proxy statement, along with the compensation of its other top executives, who received about $2.6 million each.

In the filing, Apple also recommends that shareholders vote against Carl Icahn’s buy back offer, which says Apple should commit to spending at least $50 billion on share repurchases in the fiscal year ending on September 27, 2014. Icahn, who owns approximately 0.5 percent of Apple, has been urging the company to increase the size of its repurchase plan since August.