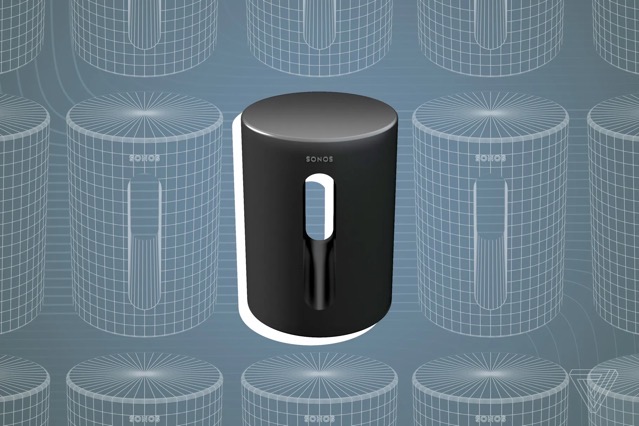 Sonos has confirmed its plans to delay the launch of an upcoming product from Q4 2022 to Q1 2023. Without confirming, it is very likely the product at hand is the long-rumoured Sub Mini subwoofer.

News of the delays comes following the company reported its third-quarter earnings. While reporting revenue decreased 1.8% year-over-year to $371.8 million, Sonos stated that an upcoming product is slipping into a release window within the fiscal first quarter of 2023. Moreso, while speaking to The Verge, a company spokesperson stated, “I can confirm we decided to push an anticipated product launch from Q4 ’22 into Q1 ’23.”

Sonos has yet to announce its Sub Mini officially. However, reports indicate that the audio device would join Sonos’ home theatre line. As the company continues to expand its offering of audio devices for the living room, the Sub Mini is supposedly positioned as an entry-level device. Standing next to the Sub subwoofer, the Sub Mini is apparently smaller and features a pill-shaped vertical cutout in the middle of the device, according to 3D renders. In Canada, the Sub (Gen 3) costs $949. The Sub Mini is likely to offer a more affordable price tag.

Although the wasn’t any official information regarding the Sub Mini, many believed that it would launch during the fall. Sonos’ Sub Mini has also appeared on the FCC. “We remain committed to two new product launches each year,” Sonos CEO Patrick Spence said on the earnings call. With a product launch now delayed until 2023, it’s hard to say what ramifications it may have for planned devices early on in the new year.

Additionally, Sonos announced during its quarterly earnings report that Brittany Bagley, the Company’s Chief Financial Officer is stepping down.