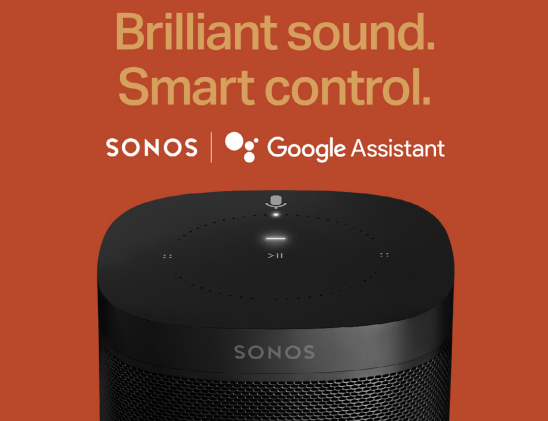 Sonos has announced during its Q2 2019 earnings Google Assistant will debut on select speakers next week.

The company says Sonos One and Sonos Beam speakers will get Google Assistant next week, starting with those in the U.S., followed by “more markets to come over the next few months.” Let’s hope one of these expanded markets will include Canada.

Sonos says, “This feature will truly elevate the customer experience and marks the first time that consumers will be able to buy a single smart speaker and get to choose which voice assistant they want to use.”

Google Assistant has been a long time coming for Sonos, as a closed beta started in January. Sonos speakers will be the first to support both Amazon’s Alexa and Google’s Assistant, with the latter originally slated for 2018.

Sonos said it sold just over 785,000 products in Q2, with $210 million USD in revenue generated; the Sonos One saw a 14% increase in revenue compared to the year-ago quarter.

“We think giving consumers choice is always the right decision, and we anticipate this philosophy will be adopted in the industry over time,” said Patrick Spence, CEO of Sonos.

Sonos also has launched a playlist dedicated to the upcoming launch of Google Assistant on Sonos—click here to listen to it.