Sonos is working on a portable Bluetooth speaker, a first for the company, as its speaker line up, for now, requires Wi-Fi and being plugged in.

However, a filing with the Federal Communications Commission (FCC) in the U.S. has revealed what this alleged Bluetooth speaker will look like, as shared by Zatz Not Funny. 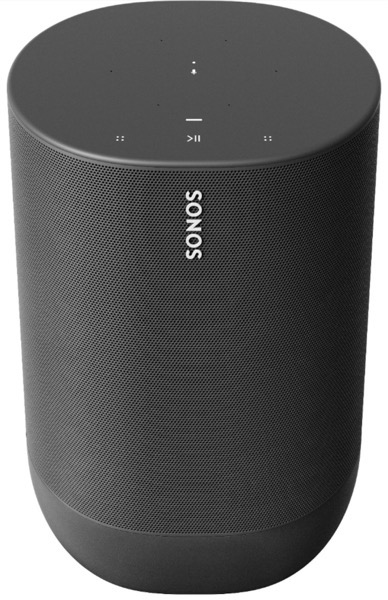 We have a design similar to the company’s Sonos One, but according to a source speaking to The Verge, it’s “taller and slightly wider” than the latter and the Play:1.

The source continues to say it can be charged via a base station or USB-C, and the back of the speaker will come with a built-in handle to easily carry the device. There’s also a Bluetooth/Wi-Fi button on the back of this new speaker to switch between both modes.

Bluetooth mode has limitations, as the speaker won’t be able to be controlled by the Sonos app or perform searches with Alexa or Google. This speaker will also support Apple’s AirPlay 2 protocol, like the latest Sonos speakers.

A new feature is coming called Auto Trueplay, meaning the speaker will constantly tune itself—no matter where you put it—instead of you walking around the room waving your iPhone upside down, a requirement of current Sonos speakers. Apple’s HomePod has a similar feature, as does the Google Home Max.

Sonos sent out invites to a media event being held later this month, and we could very well hear about the debut of this Bluetooth speaker.