The folks over at The Verge have just shared the very first images of the upcoming new ‘Sonos Roam’ portable speaker in black and white colours. Set to release in April for $169 in the U.S., the Sonos Roam is significantly smaller than the Sonos Move Bluetooth speaker. 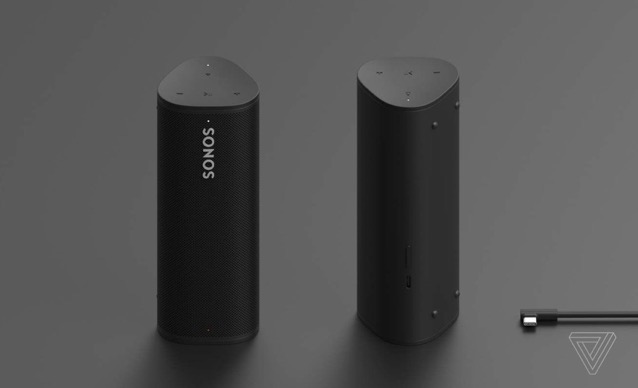 Citing a source with direct knowledge of the Roam, the report notes that the speaker measures 6.5 x 2.5 x 2.5 inches and weighs around a pound. It will come with a USB charging cable, and a wireless charging dock will be sold separately for $49. 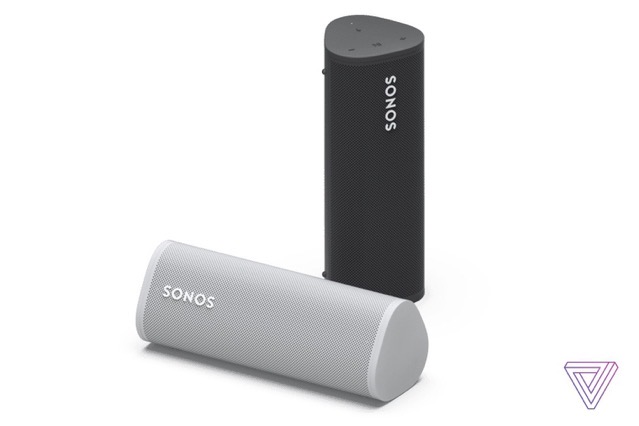 Roam’s Battery life is expected to be around 10 hours on a full charge, and it is fully waterproof, which will help it compete against the similarly-rugged competition.

The Sonos Roam will be able to play audio over both Wi-Fi and Bluetooth on the go. On Wi-Fi, the Roam will function like any recent Sonos speaker as part of a multi-room system. It runs on the company’s S2 platform that rolled out last year.

There are built-in mics for hands-free voice commands for either Amazon Alexa or Google Assistant, and AirPlay 2 is supported as well. Two Roams can be stereo paired when in Wi-Fi mode.

The new speaker first popped up in a Federal Communications Commission filing. Since then, Sonos has confirmed it will announce a new product sometime on March 9th.