After seeding countless (six to be more precise) betas of its forthcoming OS X 10.10.3 update to a limited number of developers and beta testers, Apple will finally release the software to the public later today, the Associated Press has learned. 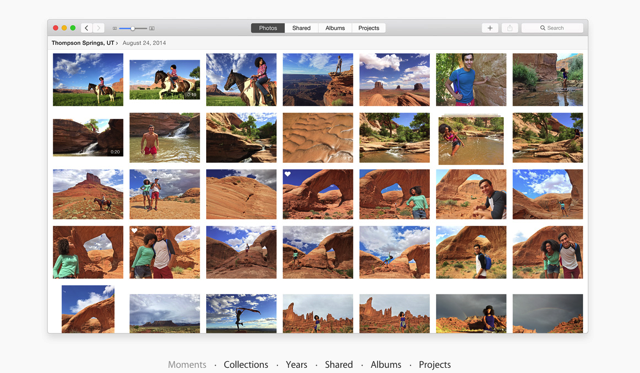 The news was mentioned in AP’s review of the all-new Photos for OS X app, which the journalist, Anick Jesdanun, praises as the tool that makes fixing and cropping an easy task.

Procrastinate no more. Apple’s new Photos app for Mac computers, available Wednesday as a free software update, makes it easy to organize and edit your pictures. The app, which replaces iPhoto, bundles professional-level tools such as granular color correction into one free consumer package.

Like other free apps such as Google’s Picasa, Photos is good for auto-enhancing, cropping and other basic touches such as lightening underexposed shots. But it goes further by also including some of the advanced fine-tuning you’d find in a tool like Adobe Lightroom, which costs $149.

Actually, the all-new Photos app is a welcome replacement for iPhoto. We hope it will make a better job of organising our photo library and help us users perfect photos.

According to Jesdanun, users who already own an iPhone or iPad will see many similarities to the iOS Photos app.

Mac OS X 10.10.3 with the all-new Photos app will be available later today as a software update in the Mac App Store.