As spotted by the folks over at Tesla North, SpaceX has just updated the Starlink map to reflect improved availability by region, showing areas where the internet is “available”, “waitlist,” or “coming soon”. 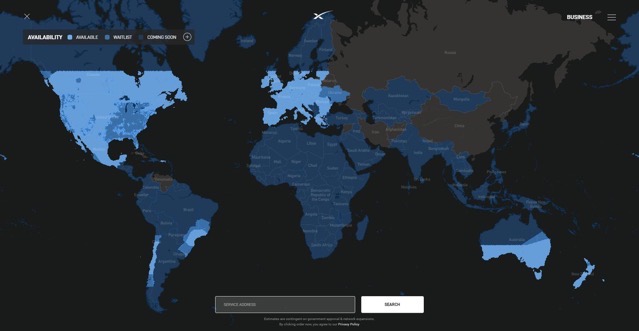 According to the updated availability map, the Starlink satellite internet service is now available in 32 countries around the world. “People ordering from areas marked “available” will have their Starlink shipped immediately,” noted SpaceX in a tweet earlier today.

Those in locations where Starlink is waitlisted can sign up with a $99 deposit, though prospective users in areas where the service is currently at capacity will see a specific note detailing the issue.

The next Starlink launch is set for Friday, May 13 at 3:07 pm PDT, from Vandenberg Space Force Base in California, where SpaceX’s Falcon 9 rocket will send a batch of 53 satellites into lower Earth orbit.