Reference to a new “Sportskit” framework has been discovered in the latest iOS developer betas. 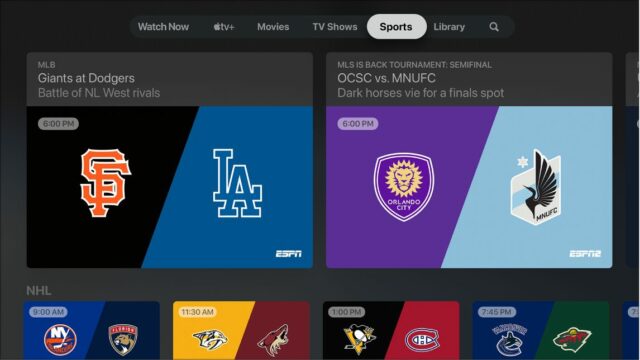 According to a new report from 9to5Mac, code found in the latest developer betas of iOS 15 makes reference to an unannounced “Sportskit” framework.

The report notes that the framework is most likely in early development but, from what was seen, it would bring tighter integration between the iPhone (and probably iPad), Apple TV, and Siri when it came to sports coverage.

The “SportsKit” framework will be able to “receive real-time updates” of sports matches, according to the report. Currently, the framework is being developed privately and the framework won’t be accessible to every developer, unlike other Apple developer frameworks like HealthKit and HomeKit.

The report claims that “sports-related content usually requires special deals and Apple might have to work directly with providers.”

The report also claims that Apple might be looking to step a foot in sports as the company has also hired an ex-ESPN executive. And now that the “SportsKit” framework has been spotted in iOS beta, it is evident that Apple’s interest in sports is only growing.

With Apple focusing to bring more interaction with sports, its users can rejoice as this is likely just the beginning of what we may see in the coming years in the sports-related space on Apple.