Spotify has begun testing its own version of Stories within the app. The feature, which is now accessible, works very much like Stories within Snapchat and Instagram.

Spotify’s Stories feature can now be found via the app. As reported by Mashable, the test is being held publically and users are likely to find the feature upon searching for certain terms within the app. We were able to confirm that Stories were showing up. When navigating into the ‘Christmas Hits’ playlist, the option for ‘Tap to see the story’ allowed up to view a carousel of videos featuring various artists. 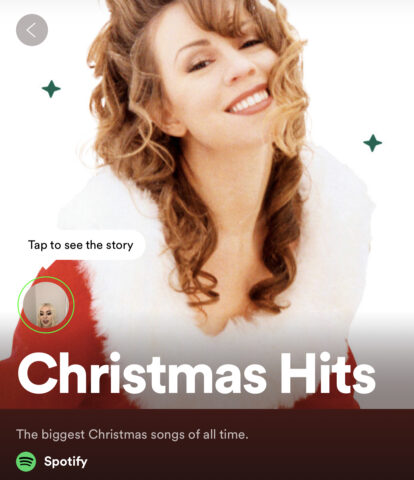 As with other social media apps, Spotify’s Stories contain a short collection of videos that disappears after 24 hours. In Spotify’s case, artists like Kelly Clarkson and Jennifer Lopez discussed their favourite holiday songs within the Christmas Hits playlist. Stories can be skipped over by tapping the screen. There is also an option to report said Stories by hitting the three-dot menu at the bottom of the screen. 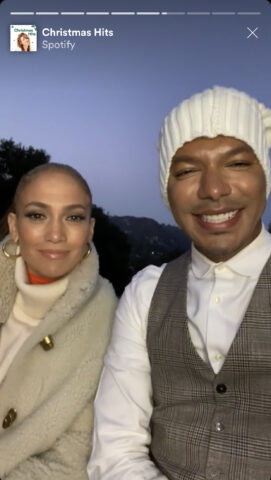 The Stories feature is in its testing phase. It does not appear as though any other featured playlist contains the Stories element. There is also no guarantee that all users will have access to the feature at this current time. Overall, it appears as though the feature is fairly shallow in comparison to other apps. There is no option to react to the Stories or share them within the app. Users are also unable to create their own Stories.

Spotify is not the only app to recently launch its own Stories feature. This month, Twitter added Fleets, which allowed users to post videos and pictures to a feed for 24 hours. Though, Spotify’s inclusion of the feature is a bit odd as the app is not primarily used as a social media platform. It will be interesting to see how Spotify incorporates its own unique take on Stories as the feature evolves if it branches out from a testing phase.