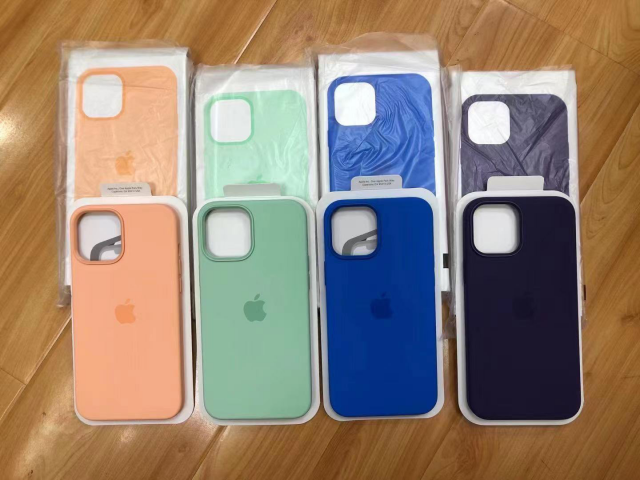 A new image revealing what is supposedly this spring’s new collection of iPhone 12 cases have leaked online.

The image, which reveals four new cases was first published on Twitter by a relatively unknown account under the name Tommy Boi. The image then gained more traction when Jon Prosser tweeted the image. Prosser claims that the cases may not be entirely authentic. However, he does believe them to be “1:1 replicas of the new upcoming cases”.

This isn’t the first time an image revealing what is supposedly Apple’s spring selection for protective silicone iPhone cases. Last week, an image containing renders of the cases was reported. A common throughline between the two images appears to show that Apple could very well intend to launch four cases with new colour options.

Typically, Apple releases its spring refresh around March or April. It’s here that we usually see a collection of new iPhone cases as well as new Apple Watch band options. Given that the company has yet to officially announce the new products, an announcement could be imminent.

Following the initial tweet, Tommy Boi followed up with an image containing what is claimed to be the official colours offered in the spring refresh. According to the image, the case colours include Cantalope, Amethyst, Pistachio, and Capri Blue.

Although Tommy Boi does not have a prior track record, the image does align with what we have learned to expect. We won’t have confirmation until Apple reveals the spring refresh itself.

As the volume of trips to and from post-secondary campuses across Canada is doubling, Uber is sharing some back-to-school trends highlighting how students are relying on ridesharing to get around on and off campus. "Now that classes are back in full swing, it’s a great time to remind students how to use Uber app features...
Usman Qureshi
18 mins ago

Apple, Google, Amazon, Meta, and Microsoft have all joined the University of Illinois (UIUC)'s Speech Accessibility Project to improve voice recognition algorithms for users with disabilities that affect speech and those with diverse speech patterns — reports Engadget. The tech giants are also joined by nonprofits like The Davis Phinney Foundation and Team Gleason in...
Nehal Malik
52 mins ago