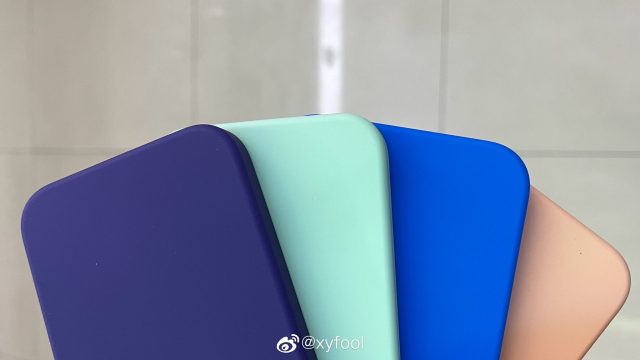 Each year, Apple releases a new line of accessories for its devices in the spring months. The company typically introduces new variant colours for its current iPhone cases as well as new Apple Watch bands. The early 2021 refresh may be around the corner as the supposed iPhone case colours have leaked.

On Twitter, reputable leaker DuanRui shared what is believed to be the colour selection for the new iPhone 12 MagSafe leather case line. The images were sourced from Weibo and depict four colours ranging from blue, purple, green, and orange. With the exception of the darker purple, Apple has released accessories featuring colours very close to these in the past.

DuanRui also went on to share another photo with a better look at some mockups of the cases, showing the vibrant colours of each. The photo itself appears to have been sourced from Weibo user XyFool.

Apple has yet to release its spring refresh this year. In most years, this wave of new accessories sometimes releases as early as March. However, Apple’s refresh has also crept into April on occasion. Given that we’re in the early days of the month, an official announcement from Apple is likely on the way shortly. Product details, pricing, and availability should be announced in the next little while if these products are to be shocked online and on store shelves this month.