SquareTrade has shared its iPhone 8 and iPhone 8 Plus drop tests, putting Apple’s latest smartphones through torture tests, to see if the “the most durable glass ever in a smartphone” actually is true or not. 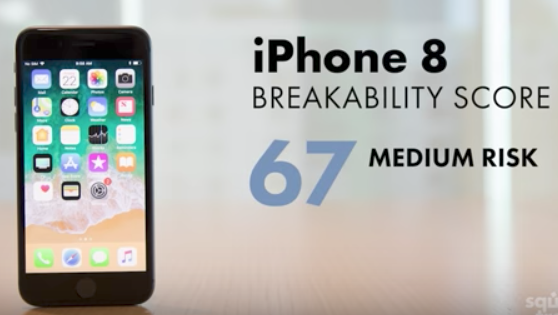 The face drop test from six feet also saw both iPhone 8 and iPhone 8 Plus end up with shattered and loose glass, which was the same for the Note 8, whose touchscreen ended up not working on top of a smashed front face.

A “shot drop test”, which launched a phone forward at 22 MPH (35 km/h), equivalent to throwing your phone away in anger, saw iPhone 8 get a hairline crack on the front, plus corner and edge cracks. iPhone 8 Plus saw hairline crack and corner cracks, while the Note 8 fared the same, plus loose glass on top.

Apple’s iPhone 8 and iPhone 8 Plus fare better versus Samsung’s Galaxy Note 8 in drop tests, according to SquareTrade. The bottom line: glass is still fragile (like your wallet will be after iPhone X pre-orders).

Click here to see other drop tests putting iPhone 8 Plus versus the Galaxy Note 8.