A group of Stanford University students gathered in protest in front of the Palo Alto Apple Store on Saturday, claiming the Cupertino company makes “addictive devices.” 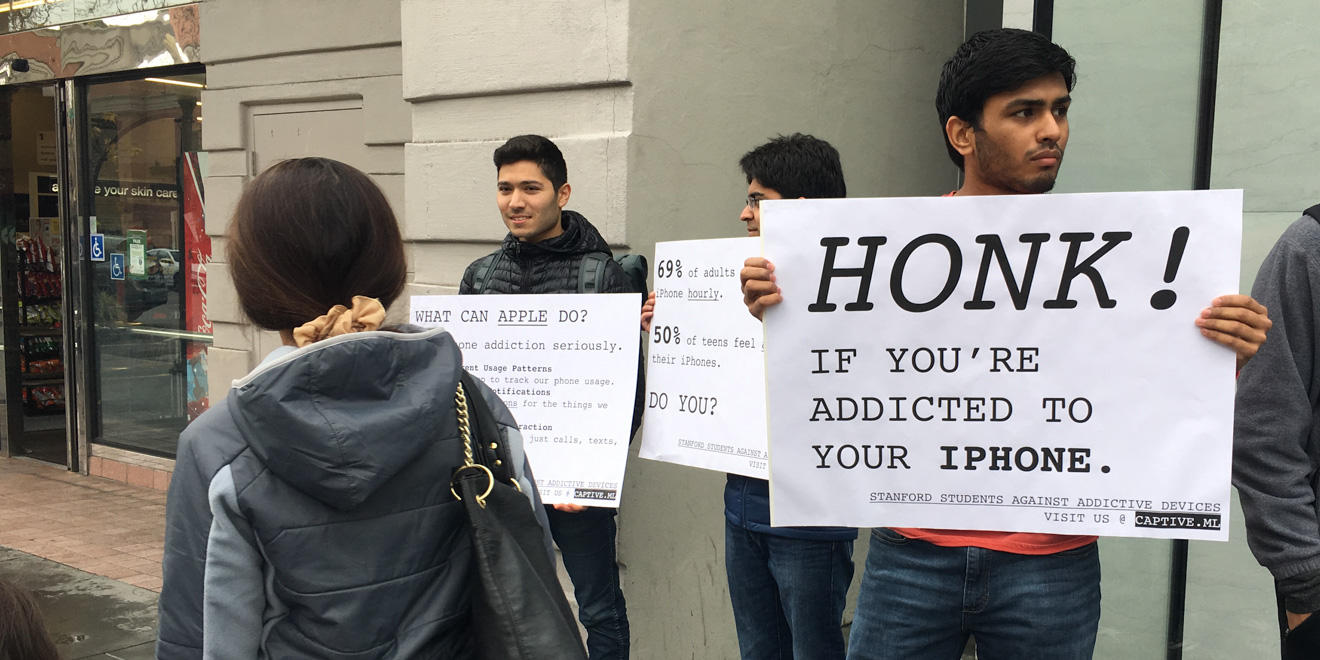 The group, who call themselves Stanford Students Against Addictive Devices (SSAAD), claim that Apple isn’t doing enough to curb technology addiction, demanding that the company adjust software features to mitigate users’ constant focus on their devices.

The student group is led by a number of computer science majors, the people who are learning the exact skills that are needed to build the systems that many blame for device addiction.

“We felt that this is the kind of change that a lot of consumers have to demand before Apple takes sustained action,” said Stanford student Sanjay Kannan. “We did some research into how prevalent the problem was, and we realized that 50 percent of teens are addicted to their phones, and 69 percent of adults check their phone hourly.”

The Stanford students explained why they were protesting Apple specifically in a pamphlet on their website.

“iPhones are our gateway to addictive services (read: Facebook and company), so Apple is uniquely capable of helping us curb our dependence,” they explained. “Even though Apple’s business model does not rely on device addiction, they fail to take common sense steps to address the issue.”

The group explains various ways in which the want Apple to “take phone addiction seriously.” According to the group, they recommend Apple create new features that allow users to track phone usage, increase control over notifications, and an “essential mode” that disables every feature except for calls, texts, and photos.

Apple has made attempts to decrease the addictive power of its devices. For example, an iPhone user can set their phone to “grayscale mode,” which changes the iPhone display to shades of gray instead of color and aims to augment iPhone accessibility for color-blind users as well as mitigate phone addiction by reducing vibrant hues.

This isn’t the first time Apple has been pressed on the matter of addiction, as in January a couple of major Apple shareholders issued an open letter to the company imploring them to further research the impact of smartphone use in children and teachers.