If you’re in the hunt for iTunes Cards, Staples has them on sale for 10% off, which is a smaller discount compared to the recent 15% we’ve seen, and the 20% savings which now seem all but extinct. By funding your iTunes Account with these discounted cards, you save on any digital purchase from Apple.

Also on sale in the flyer is the original iPad mini and the iPad 2: 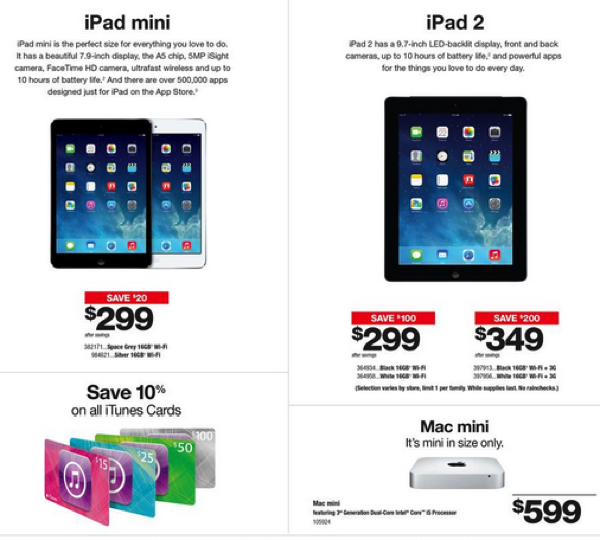 The savings are minimal on the original iPad and at this point, I don’t even think it’s worth buying the iPad 2 right now (let alone call it a ‘sale’, given we’re already halfway into current product cycle of the iPad Air and Retina iPad mini.