Staples Launches Apple Pay on Mobile Web, Not in Canada Until 2017

This means those shopping on m.staples.com will be able to checkout with Apple Pay, without the need to fill out lengthy account forms and address details, or loading the Staples iOS app. 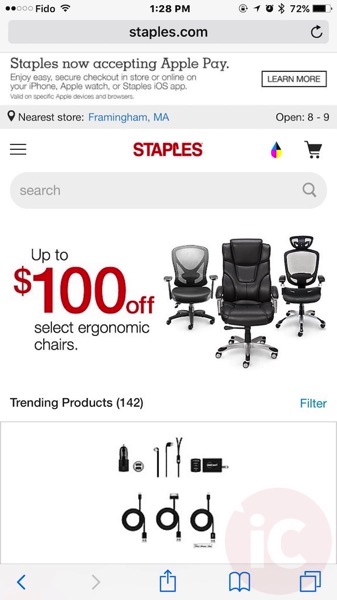 However, Canadians looking to try Apple Pay on the mobile web will have to wait. According to the director of corporate communications at Staples, Canada won’t get support until “sometime in 2017”, in an emailed statement sent to iPhone in Canada.

Vistors to m.staples.ca won’t see any Apple Pay announcements, but those visiting the American site on the mobile web will. So if you’re eagerly awaiting mobile web Apple Pay support for Staples, it’s not coming until the New Year and beyond. #themoreyouknow #NBCrainbow