Disney has announced Star Wars will hit iTunes on Friday, April 10, which marks the first time the movies will be available digitally. They will feature additional iTunes Extras such as never-before-seen footage and deleted scenes.

All six epic films in the saga, from The Phantom Menace to Return of the Jedi, will be available on Digital HD globally beginning Friday, April 10. 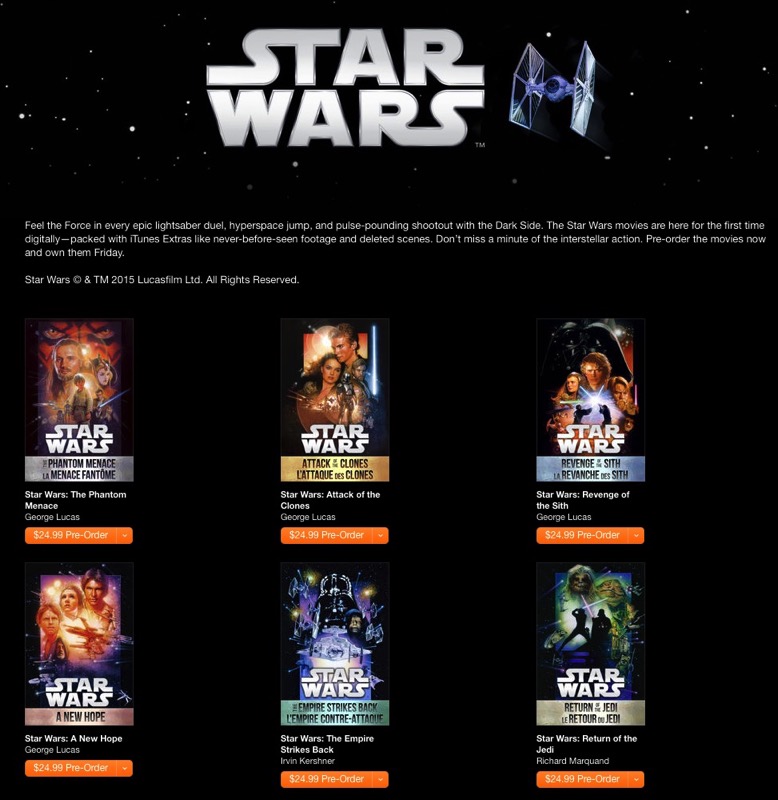 You can now pre-order these movies from iTunes in English via the links below (French versions are also available) for $24.99 CAD each:

The entire digital collection is also available for pre-order from Amazon.com for $89.99 USD.

With Star Wars: The Force Awakens, the first new film in a decade for the saga, anticipation is building for fans. This digital release will keep fans busy, which means you’ll soon be able to watch them on your iOS device and Apple TV, right after you place your pre-order for Apple Watch this Friday as well.