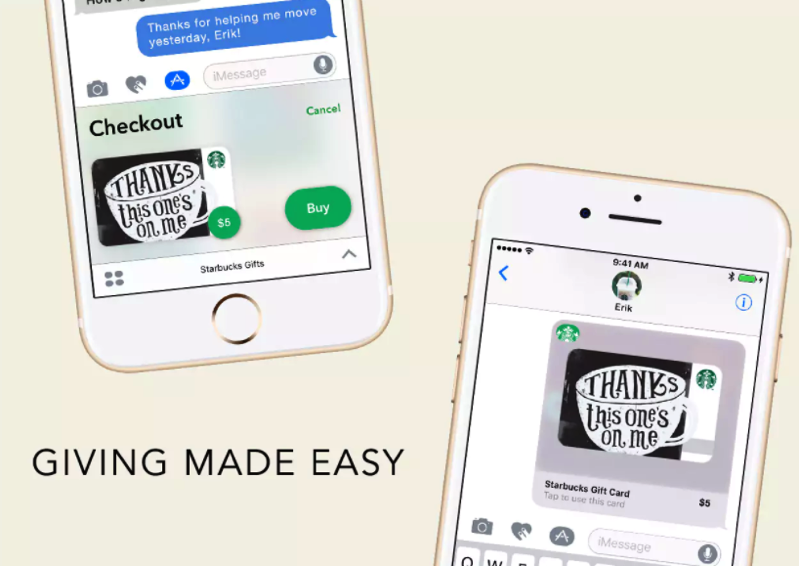 The promo started on April 6 and goes until April 19 11:59 PST, or until all 5,000 promotional gifts have been distributed. The offer is only open to those in Canada with an Apple Pay account, plus have downloaded the Starbucks Gifts for iMessage app with an iPhone 5s or newer, and are on iOS 10.2.1 or higher.

Here’s how to get your $5 gift according to Starbucks:

Here’s our tutorial on how to send a Starbucks iMessage Gift. 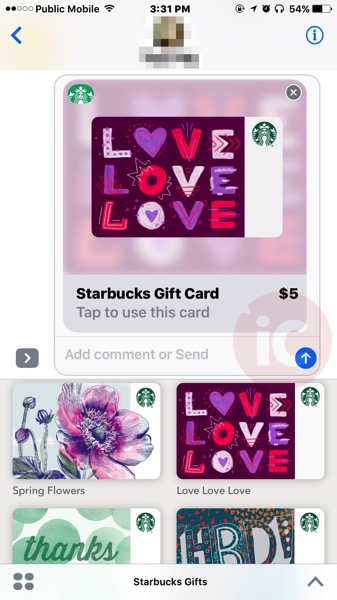 I just tested this by sending a $5 card to my wife (#browniepoints), and shortly afterwards we received the bonus $5 Starbucks gift card via email. So it appears there are still lots of these $5 bonus gifts available. When you click ‘redeem your gift’ in the email, it’ll ask to launch the Starbucks iOS app, which you can then add the card to the app. 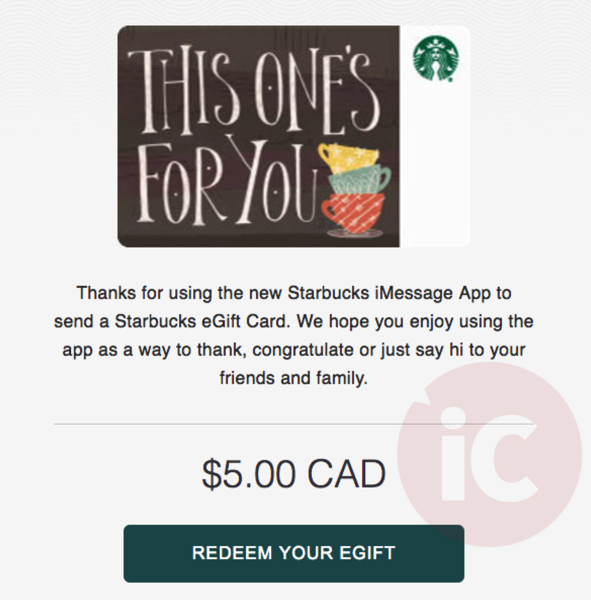 Let us know if this works for you!