If you’ve followed us, Starbucks runs a “Pick of the Week” promotion each week that offers free promo-codes to either a song or application. This week the song choice is ‘If Only’ by the Dave Matthews Band. It’s a rock song released last week on September 11th, 2012.

The Dave Matthews Band released a new album called ‘Away from the World’ recently too. If Only is featured on the album and was previously listed as a single-release. 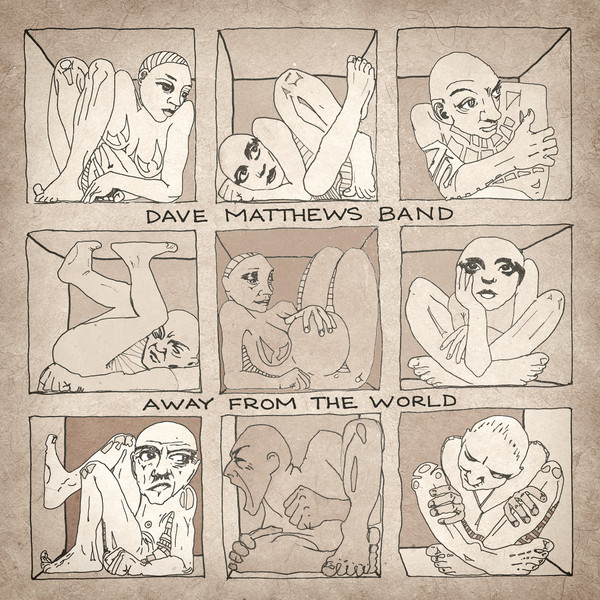 If you have taken interest into Dave’s latest single, we have a boatload of free promo codes: 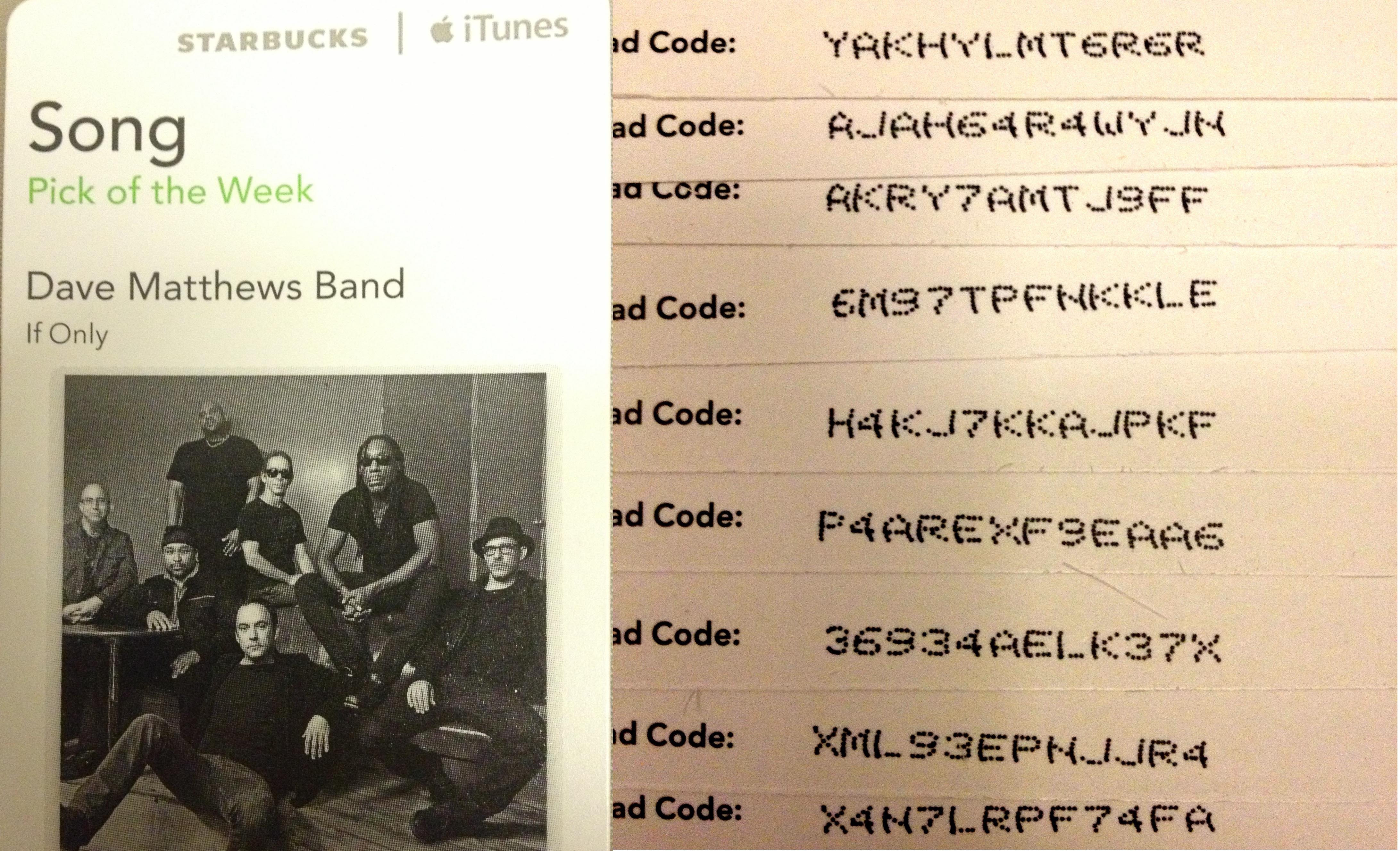 Let us know if you got a chance to grab one of these codes. 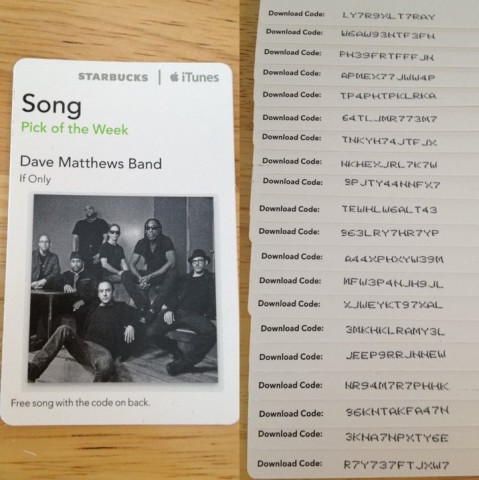 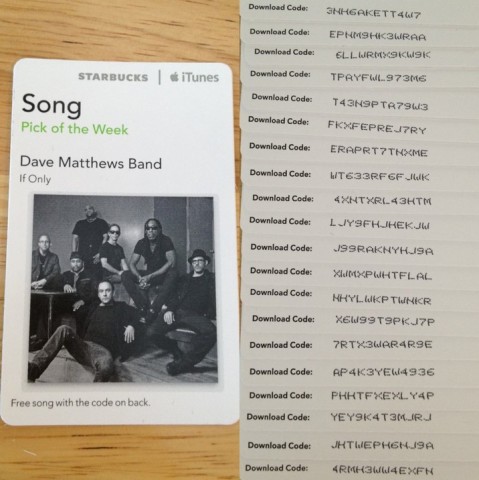 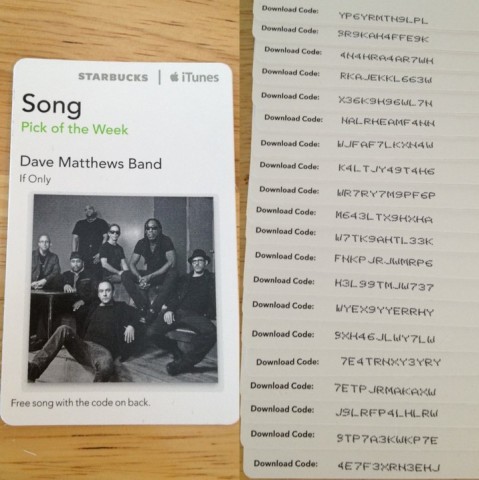 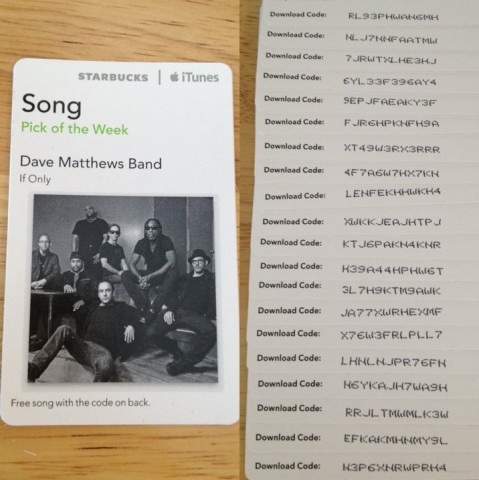