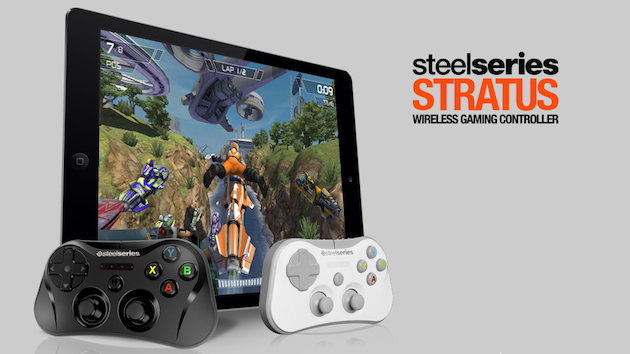 Apple opened the door for gamepads that make use of the lighting connector in iOS 7 with some new and interesting gaming protocols. Accessory maker, SteelSeries has unveiled its new Stratus controller at CES. The device is the first wireless controller that supports iOS 7.

The controller connects to your iPhone, iPad, or iPod Touch using Bluetooth 2.1 and gives you four pressure sensitive buttons, dual analog sticks, and a four-way d-pad. On a full charge the controller will give you an estimated 10-hours of playtime.

The Stratus is already available for pre-order on its website for $99.99. Touch Arcade got early access to the unit, so check out their review of the controller here.