During the first week of sales, Walter Isaacson’s 656-page biography of Steve Jobs has sold 379,000 copies in the US. The results are detailed in a new report from BookScan US.

In just a week, the biography has become the 18th bestselling book of the year. It sits one place ahead of John Grisham’s ‘The Confession’ and one place behind Rick Riordan’s ‘The Son of Neptune’ in the year-to-date bestseller list.

Indications that the book would be successful came on the first day of sales when a spokeswoman for Amazon told Reuters that “Steve Jobs”  was on pace to become the top selling book of 2011.

News of high sales of the biography come as Sony Pictures has acquired the movie rights to the Jobs biography, and is reportedly courting Aaron Sorkin to write the script. Jobs is also set to be the subject of a new documentary airing tonight on PBS. Entitled “Steve Jobs – One last Thing,” it will air at 10 p.m. EST, and will be the first broadcast of a 1994 interview in which Jobs detailed the philosophy of his life. 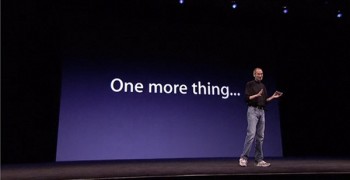