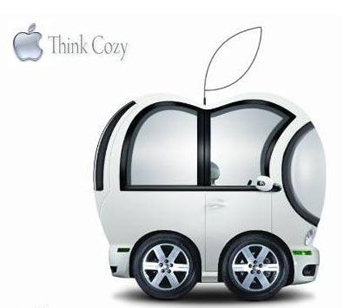 I’m pretty sure you saw this one coming. Apple board member Mickey Drexler, currently the CEO of clothing retailer J. Crew, told the audience at Fast Company’s Innovation Uncensored conference Steve Jobs had dreamed of designing an ‘iCar’ before his death:

And, according to J. Crew CEO and Apple board member Mickey Drexler, Jobs even envisioned rethinking the automotive industry. Speaking at Fast Company’s recent Innovation Uncensored conference, Drexler clued the audience in on some insider Apple knowledge.

“Look at the car industry; it’s a tragedy in America. Who is designing the cars?” Drexler said. “Steve’s dream before he died was to design an iCar.”

“And,” Drexler added with a coy smile, “it would’ve been probably 50% of the market. He never did design it.”

What does this mean? Of course the car would have come equipped with a Retina Display, Home button, FaceTime cameras and have a unibody aluminum design.

In regards to a possible Apple television, Drexler had this to say:

“You know, Apple has 10 products,” he said. “The living room they’re dealing with at some point in the near future.”

Take that for what it’s worth. Bring on the iTV already. Check out his blurb below (Flash video):