In an interview by Neowin, Mark Hulme, the producer of upcoming Steve Jobs indie movie starring Ashton Kucher, has revealed some interesting tidbits about the movie’s plot. According to Hulme, the film will cover Apple and Steve Jobs’ life from 1971 to 2000. The producer also said that they chose Ashton to play the role of Jobs because of his likeness to the Apple co-founder, especially during the timeframe that the movie will cover. 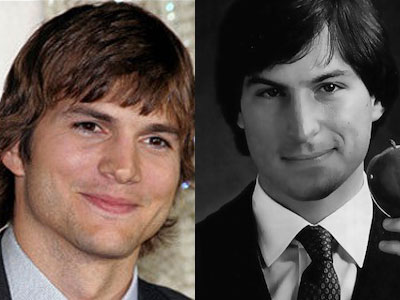 Quoting from the interview.

Will the movie be based on a particular book or will it use a series of sources to research Jobs’ life?

Since Apple was a public company and since Steve Jobs was a very visible and much-written-about individual, there is a wealth of source material. We also enlisted the support of primary sources who knew him personally.

Ashton Kutcher is, obviously, a huge Hollywood actor and he must have his pick of projects to choose from. First, why do you think he is your choice for playing Steve Jobs?

Since our film covers the early years of Apple, when Jobs was in his 20’s, we needed an actor who could carry not only the youthfulness of Jobs at the time but also the psychological complexity. Because of that, and Ashton’s physical similarities to Jobs, he’s perfect for our film.

Hulme said that the movie will begin filming next month with plans for a Q4 release. To read the full interview, click here.