According to a recent publication by Chicago Tribune, it appears that Steve Jobs’ fans from all over the world have been regularly flocking to his Palo Alto residence to pay homage to the Apple founder ever since he passed away. Steve’s fans also pay visit to his childhood home in nearby Los Altos, where he founded Apple in a garage as well as Apple’s Cupertino headquarters, but his Palo Alto home remains the hottest spot in Silicon Valley. Anna Bonaccorso, a 63-year-old from Brooklyn, has taken an awesome photograph of Steve’s house on a recent afternoon (shown below). She said “I wanted to see where the great man lived,”. 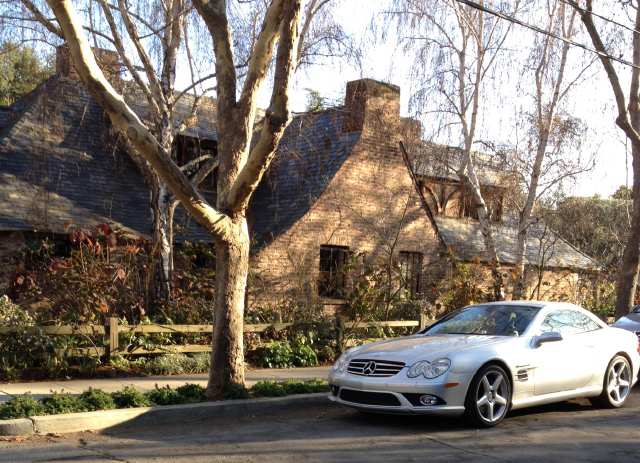 Fans still flock to Steve Jobs’ Palo Alto home, where his silver Mercedes is still parked, still without a license plate, on a quiet street flanked by majestic old trees. Jobs may have been a recluse, but he did not wall himself off in a secluded compound. He lived just steps from his neighbors in a 1930s brick-and-slate country cottage. (Mary Runkel Chacon)

As the source describes:

Winter has thinned the crowds and stripped the leaves from the apple trees in his yard. Gone too are the police barricades and security detail in black SUVs. Only the hum of cars and the occasional clicks of bikes disturb the stillness.

But the shades remain drawn to shield Jobs’ family from the world pressing against the windows. Every day rubberneckers cruise the block and whip out iPhones to take pictures.

Neighbors, who knew Jobs not as a Silicon Valley celebrity but as a husband and father, chase away busloads of tourists and intercept gawkers who stray onto the property. They fiercely protect the family’s privacy the way Jobs himself used to do. One has threatened to hand out paintball guns to her kids.

Only in Palo Alto could such a public figure lead such a private life.

Steve built his 5,768-square-foot house on a half acre for a few million dollars after he married Laurene in 1991.