In November 2011, we reported about Steve Jobs: The Lost Interview which was remastered and was shown exclusively in Landmark Theaters across the U.S. The interview which is some times dubbed as the “best TV interview Jobs ever gave”, has now found its way to the U.S. iTunes store and is available to rent for $3.99 (via TNW). 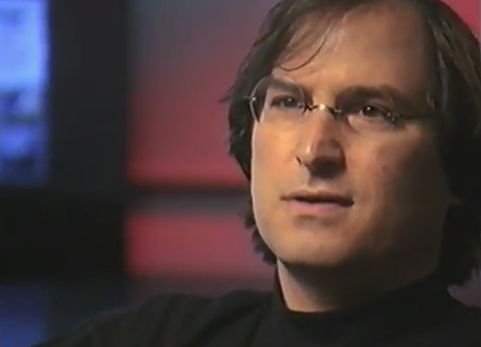 The source notes that the interview contains over an hour of footage filmed for the series Triumph of the Nerds. Recorded in 1995, only 10 minutes of the interview was used in the series and the rest of it was presumed lost until now. The original tape has now been rediscovered, cleaned up and restored.

The interview is wide ranging across a variety of subjects like the famous Blue Box that Steve Wozniak and Jobs built early in their careers, the future of the personal computer and Jobs’ visions for his company NeXT, which he was running at the time.

Below is a teaser of “Steve Jobs – The Lost Interview”: