Steve Wozniak: Apple Should Have Released the iPhone 6 Three Years Ago

Apple co-founder Steve Wozniak has said in an interview with CNNMoney at Capital One’s new Innovation Center in Plano, Texas, that Apple could have had a much bigger share of the smartphone market “if it had a larger-screen iPhone for the past three years”. “Tim Cook & Co should have made a giant iPhone much sooner”, he said. 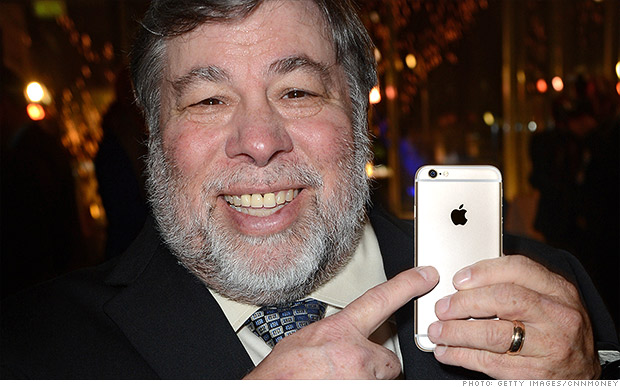 Even though Wozniak, who left Apple back in 1987, remains a big fan of the company he built with Steve Jobs, is not an Apple-exclusive tech buyer. “I like to try out and experiment with gadgets before committing to them”, he says. According to Wozniak, “Tech is like a song”, where you can get all the details from someone else, but you’re not sure you like it until you hear it for yourself. He also revealed that his favorite app is Siri, and he uses it constantly.

Wozniak said that he was an early smartwatch adopter, strapping his iPod nano to his wrist. He grew excited about the possibility of shrinking a smartphone down into a wristwatch. “I kept saying that I’d like to have a smartphone on my wrist, so I bought a few smartwatches when they first came out.” Wozniak said. “I got rid of them so quick. I got real negative on smartwatches.” He said he kept going back to his phone, because he needed the larger display.

He said the Apple Watch is really just a “luxury fitness band,” but he’s still going to give it a try. “It’s more distinctive than all the others,” Wozniak said. “And who knows? It might sell well. There are a lot of wrists out there.”

Wozniak also said that it’s really hard to hand-build tech equipment these days so, he’s not sure if he would have any role in today’s tech world.