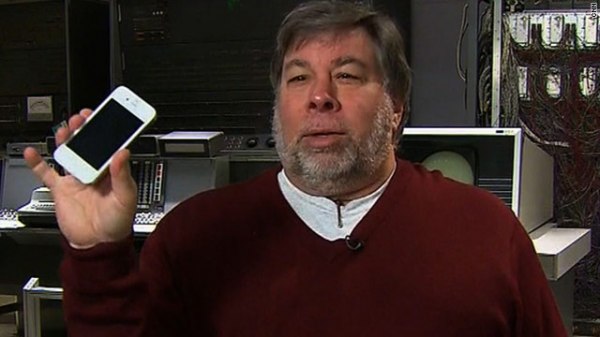 When the iPhone 5 was released, Steve Wozniak was waiting in-line as he typically does. The Apple co-founder probably could just walk into the Cupertino base and grab a device early, but he enjoys the experience, as he has said in the past.

With the iPhone 5 also came his first impressions of the new Apple-based in house mapping system. He wasn’t too thrilled, just like a majority of Apple fans. While in Sydney, Australia, Wozniak stated he was even “disappointed” in the maps application while speaking at a Fusion-io company event.

ZDNet has the exclusives:

“I tried to navigate somewhere, and I couldn’t get to where I wanted to by voice,” he told ZDNet Australia. “So, I was a little disappointed, because I love navigation by voice with my Google [Android] phones, actually, since they always get it and are based on a better database.”

Well, the voice navigation tidbit he can’t be disappointed about, that’s an Android feature, and phones are different. It’s just something that takes getting used to; but like most stories, the ending is happy, and Wozniak says Apple’s issues with Maps aren’t that severe:

“I have been reading about the problems, and I don’t know if they are that severe,” he said.

I agree with Woz’s statement about the issues not being severe, how about you?