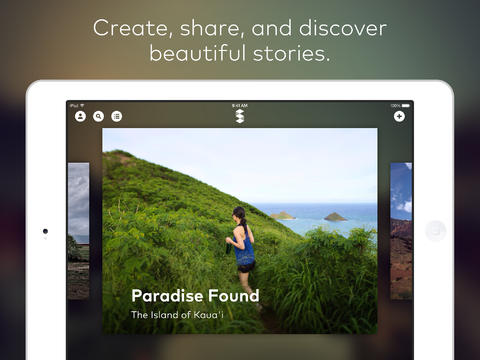 Storehouse is an app that allows users to easily create and discover beautiful stories. The app uses photos, videos, and text to meaningfully document your experiences. You can publish stories for friends, followers, or even share them using email, Facebook, or Twitter.

The app allows you to import images and video clips from your camera roll, Dropbox, Instagram, or Flickr and use them in your unique story. Once you have collected all the pictures and videos you want to use, you can arrange them into a story with a cover image and a completely free-forming layout.

Mark Kawano, co-founder of Storehouse, was previously a designer on Apple’s Aperture and iPhoto team before joining its Worldwide Developer Relations team as a UI evangelist. Before taking a job at Apple, Kawano was a designer at Adobe working on products like Photoshop and Camera Raw. 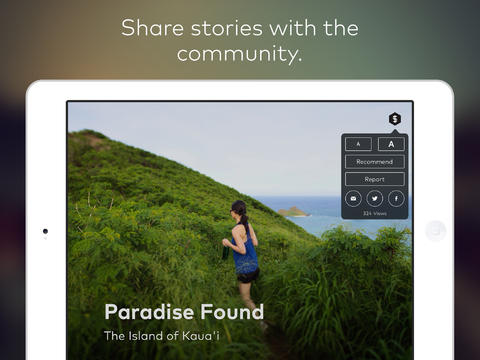 Kawano is joined by Tim Donnelly, who worked at The Daily along with a team built around many former Apple and Facebook employees. Kawano explains why Storehouse is different from any other visual story creation app:

“It’s a window into a world where there’s no beginning and end.

We needed to make sure the features and the backend would all work and would hold up.”

A few months after the team started prototyping, they settled on their final idea of what Storehouse would be and were funded in June from True Ventures, Lehrer, SV Angels, and a few individual investors.

Storehouse could thread the needle between these two groups — providing a sincerely mobile-centric publishing tool that spurs long-form visual storytelling along. There feels like room here for an app to democratize the creation of stories that feel like they came out of a high-end design tool

Currently the app is only available for the iPad, allowing users to really take advantage of its larger screen size and create amazing stories. Other platforms have not been ruled out.

Storehouse is available as a free download from the App Store.