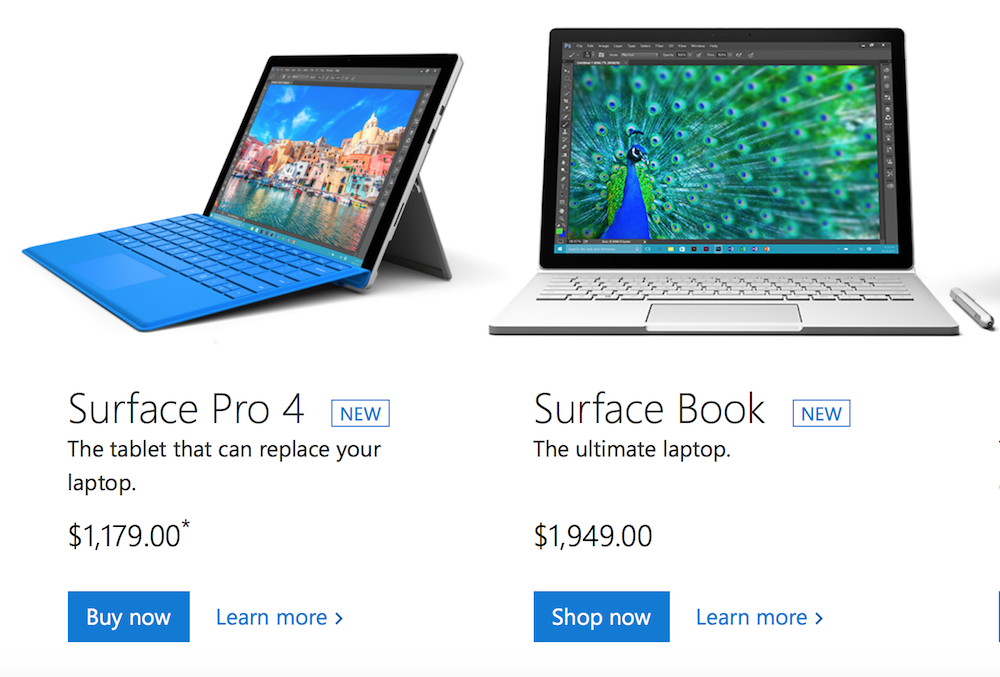 According to Microsoft, Surface Pro 4 is the company’s most powerful version of the tablet that can virtually replace your laptop. Powered by the new 6th generation Intel Core M, i5, or i7 processors, it’s 30% faster than Surface Pro 3. Like every Surface Pro before it, it runs Windows 10 Pro and a wide array of desktop software.

Meanwhile, the all new Surface Book features a 13.5” display with a pixel density of 267PPI, housed in a machined, metallic silver body and is powered by a 6th Generation Intel Core i5 or i7 processor, featuring Intel HD graphics, and up to 1TB of storage. The Surface Book is also available with discrete NVIDIA GeForce GPU.