CNBC is reporting that a medical procedure called “FaceTime Facelift” has been invented by Dr. Robert K. Sigal, a plastic surgeon who believes he can make people look pretty when video-chatting using the FaceTime app on iPhone. Well, you can get an appointment for yourself right now with Dr. Robert at The Austin-Weston Center for Cosmetic Surgery in Virginia, in case you’re crazy enough to waste your hard-earned money on something like this, even though the surgeon promises his Facelift procedure will ensure that your unsightly neck flab will never embarrass you during FaceTime. 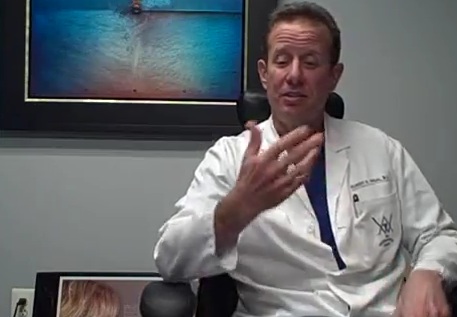 See what the doctor has to say in this press release:

“Patients come in with their iPhones and show me how they look on Apple’s video calling application FaceTime. The angle at which the phone is held, with the caller looking downward into the camera, really captures any heaviness, fullness and sagging of the face and neck. People say ‘I never knew I looked like that! I need to do something!’ I’ve started calling it the ‘FaceTime Facelift’ effect. And we’ve developed procedures to specifically address it.”

Check out Dr. Robert himself pitching his procedure:

According to the European Union's final deadline, all new phones sold in the region, including future iPhones, will have to use USB-C for wired charging by December 28, 2024, The Verge is reporting. The EU’s new USB-C legislation, which has just been published in the bloc’s Official Journal, the rules will officially enter into force in...
Usman Qureshi
14 mins ago

To optimize Chrome for your device’s battery and system memory, Google is introducing two new performance settings so Chrome uses up to 30% less memory and extends your battery when running low. To offer its users an improved browsing experience, Google is rolling out new Memory Saver and Energy Saver modes over the next several...
Usman Qureshi
33 mins ago