TD Bank has today become the first major bank in Canada to introduce customer service through SMS via “TDHELP”. Wendy Arnott, TD Bank Group’s head of Digital Marketing and Social Media, said that they are excited to be able to make banking easier through the convenience of texting, “a medium our customers are using in increasing numbers”.

“Whether it’s a general question about a banking product, a branch location or EasyWeb, or they just need a quick phone number, TD customers can now reach a live TD agent via text.  And even though it’s still early days, increasing engagement is pointing to texting becoming a key service channel for TD.”

The service was introduced as part of a pilot last year and now, it can be availed by all customers by using the shortcode TDHELP (834357) between 6 am and 11 pm ET, seven days a week. Customers with questions that require an in-person response will be directed to the TD customer service line (1-866-222-3456, toll free). 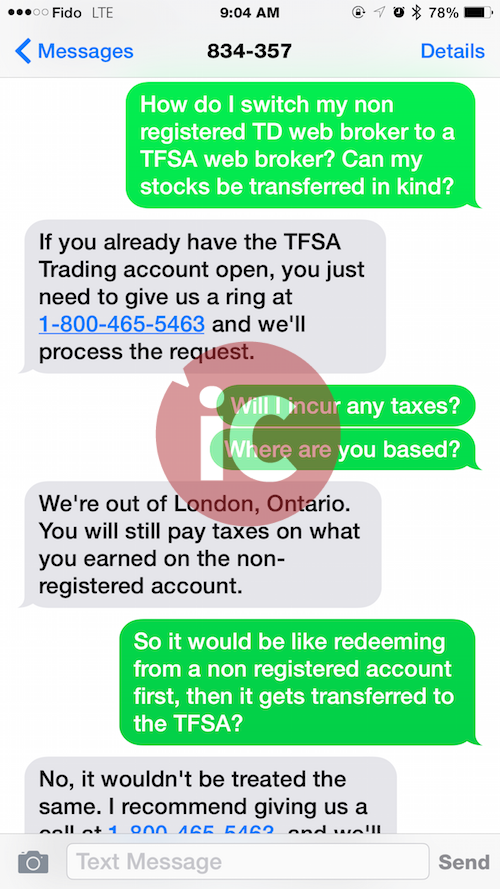 In 2011, TD became the first bank in Canada to offer customer service 17 hours a day, seven days a week through a dedicated North American Social Customer Service team on Twitter and Facebook. The bank is now also rumoured to bring Apple Pay to Canada as early as next month.