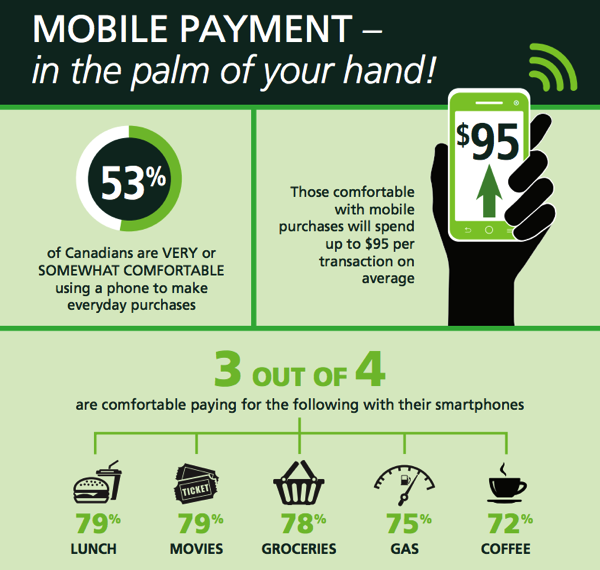 TD Bank today has announced the launch of TD Mobile Payment, which will allow users to make NFC mobile payments from various smartphones on Rogers, Telus and Bell. The bank says it is the first financial institution in Canada to offer a payment solution with the ‘Big 3’ (Telus previously teamed up with CIBC; Bell teamed with RBC):

Rogers recently sent us a smartphone to test out their suretap mobile wallet, which as you can see below worked fairly well at our local Starbucks (some attempts just did not work at all). One major limitation was being able to find a point-of-sale terminal to support contactless payments, but most major retail chains usually do.

Earlier this week rumours swirled Apple’s next iPhone 6 will possibly integrate NFC for mobile payments. Until iPhone hardware supports NFC, Apple users will be left out of this mobile payment trend, until the company announces its rumoured payment solution.

The earlier NFC iPhone 6 rumour claimed the company had stuck a deal with China UnionPay, which would use Gemalto’s NFC SIM solution–currently being used by Rogers suretap.

Apple currently has over 800 million iTunes accounts with the majority tied to a credit card, and it remains to be seen what the company will do should it launch its own mobile payments solution.