If you’re hunting for an iPhone 6 deal, consider the following offer from Best Buy, which currently has the entry model for TELUS and Bell customers available for $79.99 on a two year contract (normally $269) and a minimum $70 per month plan, available in-stores.

Of course, with Black Friday just days away, you may want to hold off on making any purchases before we see what’s revealed by carriers themselves. 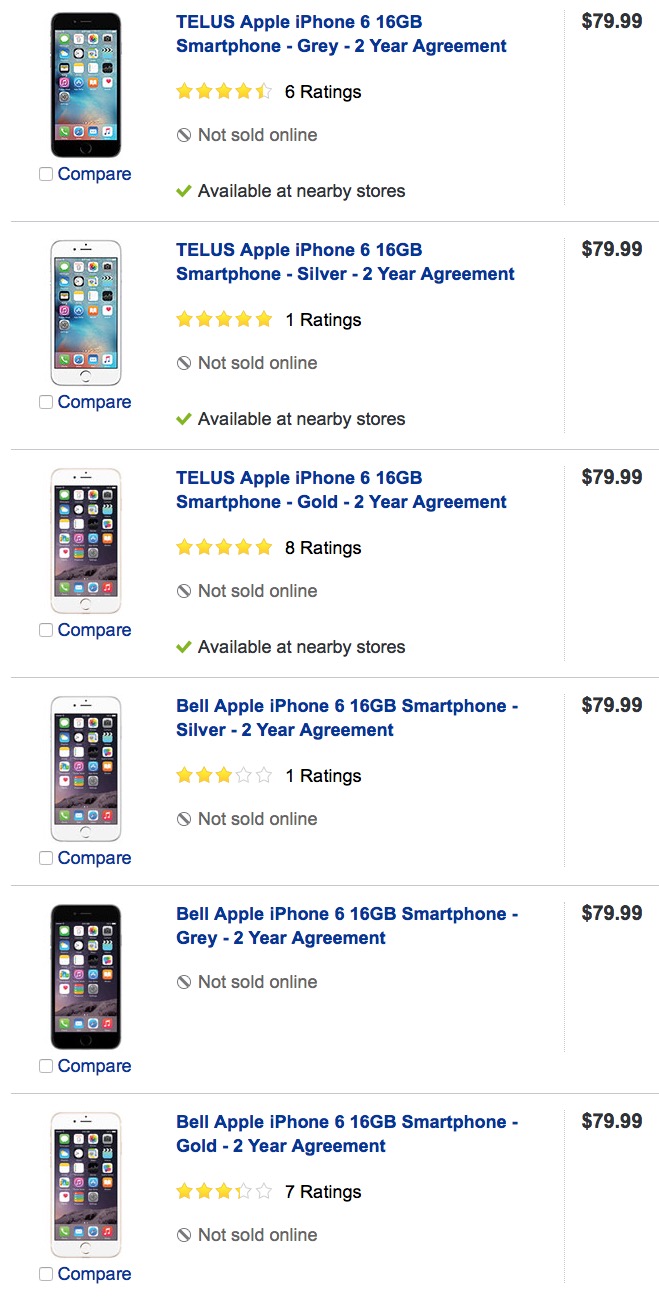 Walmart will have the 16GB iPhone 6 for $88 for Black Friday, which is available for Rogers, TELUS and Bell customers. Stay tuned…