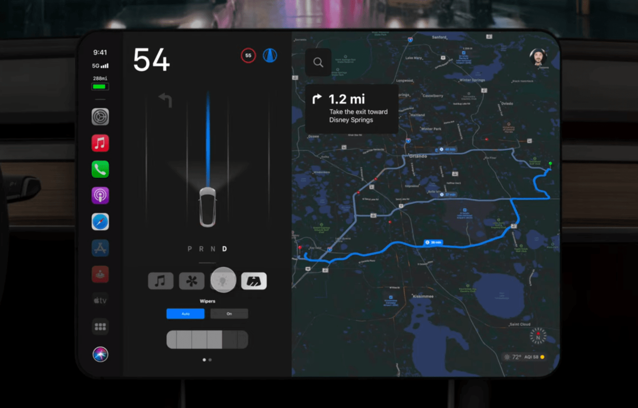 Based primarily on what Tesla’s interface looks like, the Apple Car UI concept features three separate sections of the display. The concept includes a minimal list of apps, then a column section with the driving visualizer and a quick access menu, and the map and navigation information on the right half of the screen.

While we likely won’t be seeing an Apple Car in at least half a decade or so, the concept does give us a good feel of what we might eventually get.

Check out the concept video below and tell us what you think in the comments section.

Twitter has today highlighted its continued commitment to promote and protect the public conversation, noting that it is now better positioned to realize its ambitions than ever before. "As you’ve seen over the past several weeks, Twitter is embracing public testing,” the social networking company said in a blog post titled 'Twitter 2.0.’ “This open...
Usman Qureshi
8 mins ago

Ookla has analyzed fresh data from Q3 2022 for SpaceX’s Starlink, HughesNet, and Viasat in North and South America, in the Speedtest company's ongoing series on satellite internet. According to the data, Starlink download speeds dropped in Canada by at least 14% and the U.S. by nearly 17% from Q2 to Q3 2022, while speeds...
Usman Qureshi
27 mins ago