When Tesla reported late last month that it has finally met its target of making 5,000 Model 3 cars per week, its stock saw a 6.4% rise hitting $364.78 per share in early trading. However, the shares fell nearly 4% today as several Wall Street analysts started questioning the electric carmaker’s ability to maintain that production momentum, Reuters is reporting. 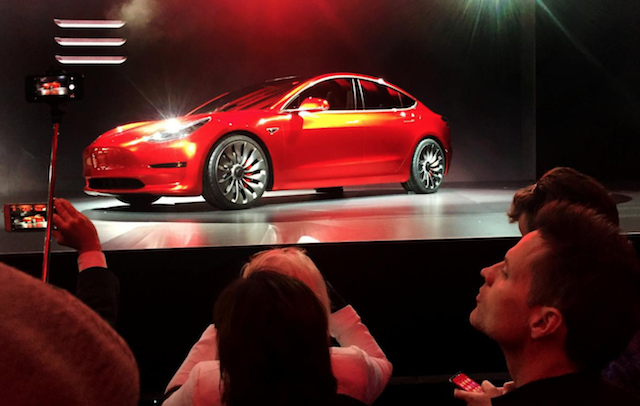 CFRA analyst Efraim Levy said, “In the interim, we do not see this production rate as operationally or financially sustainable. However, over time, we expect the manufacturing rate to become sustainable and even rise”.

Meanwhile, Tesla CEO Elon Musk has said that having become a “real car company”, Tesla is now on track to boost Model 3 production to 6,000 vehicles per week by next month.

Musk also showed confidence in resolving technical and assembly issues that have plagued the car maker.

Production of the mass-market Model 3 sedan has been hampered by several issues, including problems with an over-reliance on automation on its assembly lines, battery issues and other bottlenecks.

To meet its goal, Tesla had set up a new production line inside a tent on the campus of its Fremont factory. The company said the new general assembly line was responsible for about 20 percent of Model 3s produced last week.

The company also ran two 12-hour shifts every day in the last week of June, workers had told Reuters.

Tesla has so far delivered 28,386 Model 3 cars to customers, with reservations surpassing 450,000 at the end of the first quarter.