From unlocking and starting a Tesla Model S car, to opening the roof and turning on the air conditioning, every single thing can now be done by simply using the Apple Watch, thanks to the upcoming Remote S app. According the app’s developer Allen Wong from Rego Apps, the Remote S app is not yet live in the App Store, but will be available for download as soon as the app is approved by Apple. 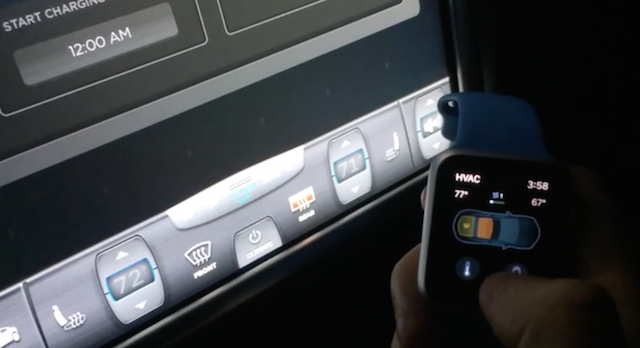 The best thing about the Remote S Apple Watch app is that everything can be down remotely, and you don’t even need to be near the car to issue the commands. The author has also shot a video to show the app’s functionality (embedded below). He notes that it was shot when the app was very close to completion, so the final app will more or less look like this, though it may have slight changes before the final product is shipped.

Check out the awesome video showing the Remote S app in action and tell us what you think: