Tesla announced yesterday all new cars, including those currently in production, will come included with full self-driving hardware, which also includes the upcoming Model 3. The company says this automated self-driving will be at a “safety level substantially greater than that of a human driver.”

Essentially, there will be eight surround cameras (double from the previous four), 12 ultrasonars, plus radar all flush mounted and built into the vehicle seamlessly, which CEO Elon Musk saying “beauty remains” thanks to this design. 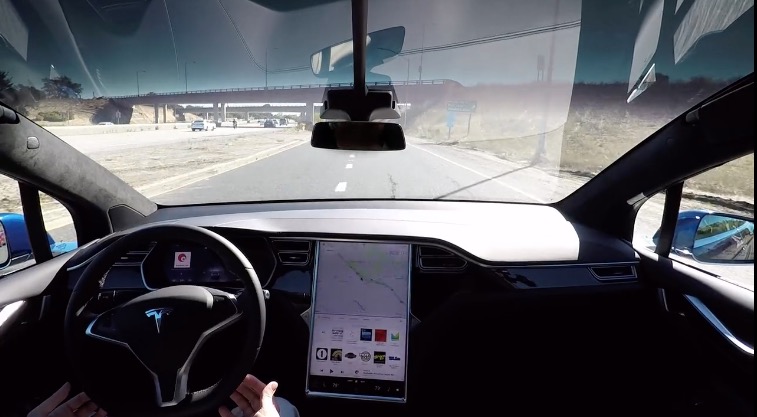 A new onboard computer will see 40 times the computing power of the previous generation, to run the “Tesla-developed neural net for vision, sonar and radar processing software,” which allows the vehicle to see “every direction simultaneously, and on wavelengths that go far beyond the human senses.” 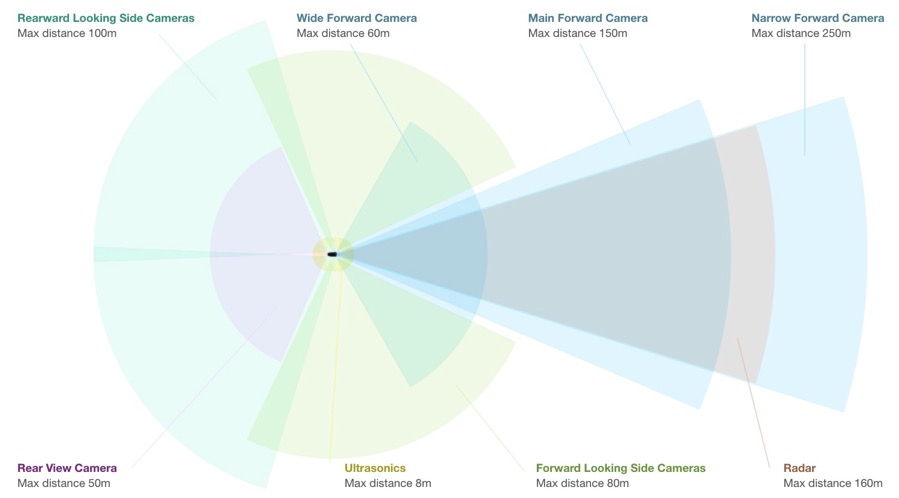 Also coming is Enhanced Autopilot for existing owners this December, which has improved driving experiences for matching speed conditions, change lanes automatically without driver input, head from one freeway to another, plus plan an exit and self park near an open spot, and also be able to be summoned to and from an owner’s garage.

Musk earlier stated cumulative Tesla Autopilot miles are now at 222 million and there are over 3,200 Destination Charging locations worldwide.

Tesla says full self-driving capabilities will mean by 2017, the system will be able to drive coast-to-coast in the U.S. on its own, even recharging at Supercharging stations. This means eventually owners will be able to summon their vehicles no matter where they are, and their Tesla will make its way back to them or even go home on its own.

The company says the new system is “dependent upon extensive software validation and regulatory approval, which may vary widely by jurisdiction,” which means there may be regional delays depending on where you are.

As for existing Teslas looking to add this hardware? It’s not going to happen as it’s too costly. Musk clarified on Twitter “Should mention that retrofitting to full self-driving hardware is very difficult. Cost delta is more than buying a new car. Wish it weren’t.” 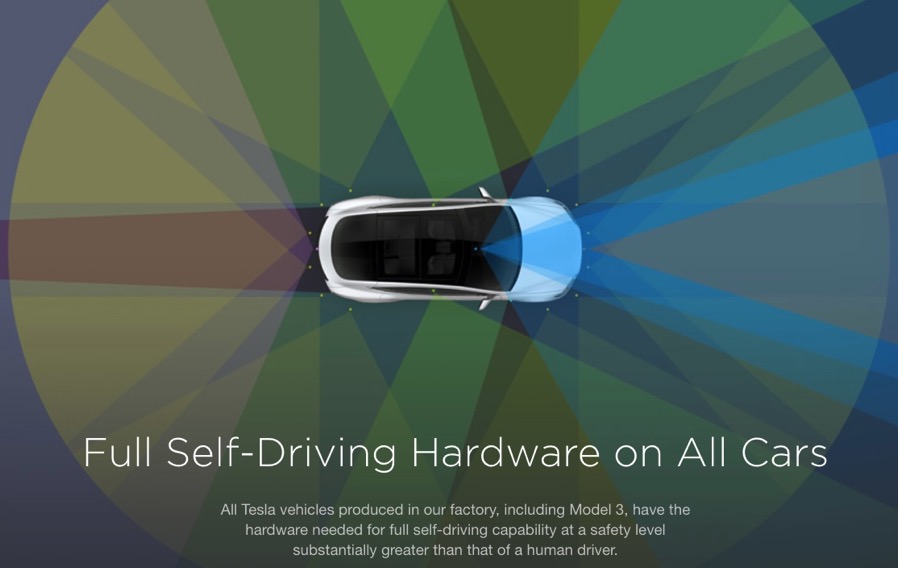 Tesla also says the Tesla Network is coming, details to be revealed in 2017, which aims to allow owners to share their cars for “revenue purposes.”

The founder of Tesla goes on to say “When you want your car to return, tap Summon on your phone. It will eventually find you even if you are on the other side of the country.”

Below is a video uploaded after Tesla’s event yesterday, and which was the reason why there was a two-day delay on the announcement, according to Musk. The video shows a Model X self-driving from home to work, without any driver input. It even parks itself once the driver exits the vehicle.

Musk detailed “When searching for parking, the car reads the signs to see if it is allowed to park there, which is why it skipped the disabled spot.”

Musk also confirmed this prototype charger, first shared two years ago by Tesla, is indeed real and will be at Supercharger stations, to automatically recharge self-driving cars:

The Model 3 is still available for pre-order, but new orders aren’t set to arrive by 2018, according to a recent refresh of the company’s website. This April, Tesla launched Model 3 pre-orders, to start at $35,000 USD, however Canadian pricing is still to be determined.

Apple’s self-driving car project has reportedly been scaled down, due to layoffs and other difficulties facing “Project Titan”. In a perfect world, Apple should just acquire Tesla, given the latter already has self-driving and autopilot tech nailed, it seems.

This Tesla technology is insane. Summoning a Tesla reminds me of Batman calling for the Batmobile. The future is here, folks. A Tesla is now the ultimate accessory for your iPhone.