The 64th annual Fortune 500 list has just been released, with Walmart topping the list for the sixth straight year in a row with a reported revenue of $500 billion.

Apple, while still the highest tech company on the list, has now dropped to fourth place after retaining the 3rd spot for the last two years, behind Exxon Mobile and Berkshire Hathaway at 2nd and 3rd places on the list respectively. 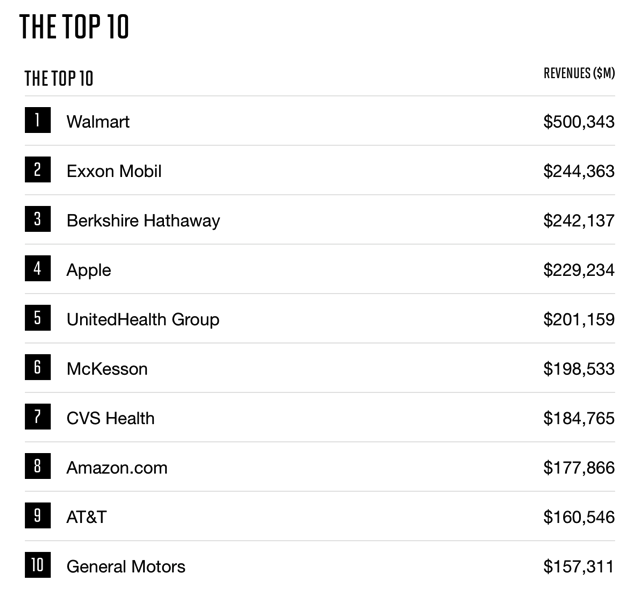 Meanwhile, Xerox took the biggest plunge, dropping 129 spots to 291. Nvidia, which rocketed up 80 spots on this year’s list to No. 306, led the list in five-year returns to shareholders.

Here are some other interesting takeaways provided by Fortune:

You can view the complete list at this link.