There has been lots of talk about the iPhone becoming an iWallet for some time now but a European patent that surfaced last week and was revealed by Patently Apple yesterday takes the rumours to the next level.

Not only does the patent application detail how RFID circuitry and antenna would be ingenuouslyÂ embedded within the touch sensor panel of an iPhone or iPod Touch, it also exposes how this has been in the works since the first iPhone dropped in 2007. The application of RFID technology within an iPhone or iPod Touch could be utilized for both read and tag applications, depending on the method employed (there are a few “embodiments” detailed in the patent). 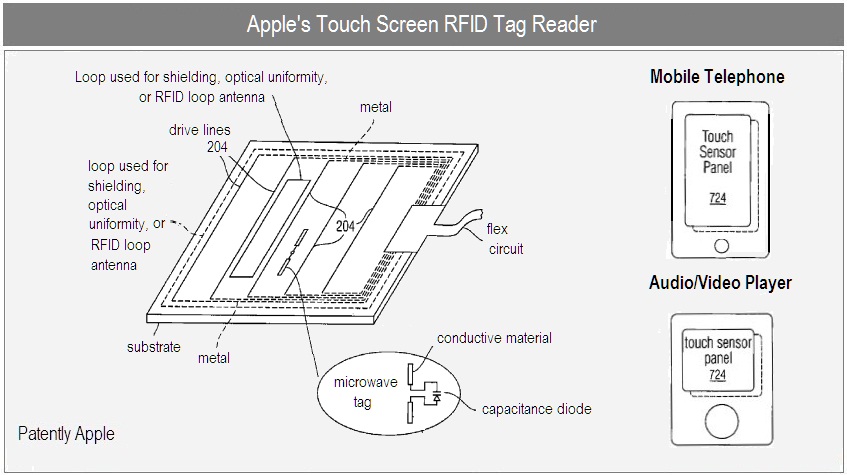 This means that you could use your iPhone in the future to pay for any number of services using RFID and (as suggested by 9to5 Mac) if the functionality is tied to iTunes, Apple could see “the opportunity to take on PayPal.” Furthermore, if theÂ application of bothÂ read and tag RFID is used, two iDevices could securely transfer funds, information, data and so forth.

But is this really a good idea? Are you willing to abandon your debit and credit cards and start paying for goods with your phone electronically tied to your financial accounts? As if debit card skimming, credit card forgery and identity theft weren’t scary enough, what potential threats could this yeild?

Personally, this concept in theory is excellent although I’d like to see how it matures and expect some reassuring security measures implemented.

[Patently Apple via 9to5 Mac]